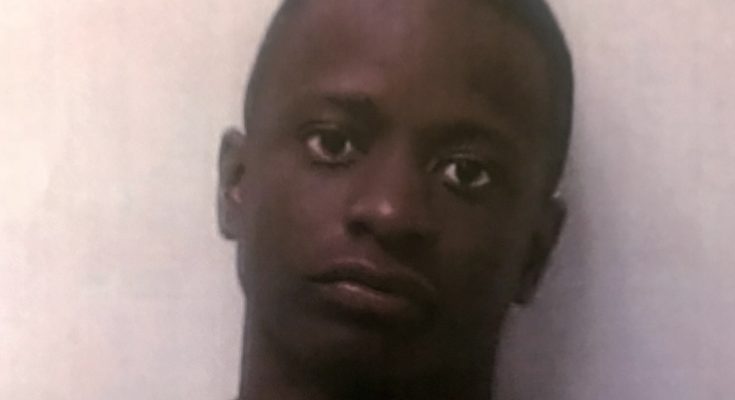 On Thursday, May 24th at 3:27am, Bainbridge Public Safety Officers responded to Dollar Tree and Grady Vapors located in the Bainbridge Town Center at 1615 East Shotwell Street in reference to possible burglaries. A man who arrived to clean the parking area of the shopping center noticed that the glass doors on both businesses had been broken and called 911. There were no alarms sounding. Officers arrived and cleared the scene of any suspects. The owner of Grady Vapors arrived at the store and was asked about what items may have been taken. The owner stated that a loaded Glock 9mm handgun was missing from under the cash register, as well as approximately $70 in cash and change. A bluetooth tower speaker was also missing, and a variety of vapor wraps were scattered about the floor of the business. Investigator Davina Thomas was called to the scene. Officers entered the Dollar Tree and noticed candy scattered on the floor and a busted window on the Manager’s office. A brick was laying on the floor inside of the office. Officers began a search of the shopping center area, hoping to find clues. They noticed fresh footprints in the dirt near the Flint Media radio tower. The footprints continued away from the tower in the direction of East Water Street. A surveillance video was acquired from the radio tower. It clearly showed two males walking away from the shopping center in the direction of East Water Street. Officers moved their efforts to the 1500 block of Water Street where contact was made with several individuals. A juvenile suspect was identified and officers made contact with that individual. A search of his residence uncovered several items that were reported stolen from both businesses, as well as the missing Glock 9mm handgun. A second juvenile subject was interviewed and confessed to being part of the burglaries. During the investigation, officers connected the Dollar Tree and Grady Vapors burglaries to a similar incident which had occurred earlier in the night at the Quick Buy store on Whigham Dairy Road. Both subjects admitted to burglarizing the Quick Buy store before heading to the shopping center. They also identified a third subject, Ladarius Cortez Jones of a Troupe Street address, as being part of all three burglaries. Officers proceeded to Jones’ residence. Officers knocked and when Jones opened the door, they saw him slide an object under the cushion on the couch next to the door. Investigators performed a search of the residence and located a handgun under the couch cushion, as well as the bluetooth tower speaker which matched the description of the one missing from Grady Vapors. The two juveniles, aged 16, and Jones, aged 22, were placed under arrest and transported to the Decatur County Jail. The juveniles were charged by Bainbridge Public Safety with two counts of Burglary (Felonies). Jones was charged with two counts of Burglary (Felonies), and Possession of a Firearm by a Convicted Felon (Felony).

*The Decatur County Sheriffs Department handled the burglary of the Quick Buy store.