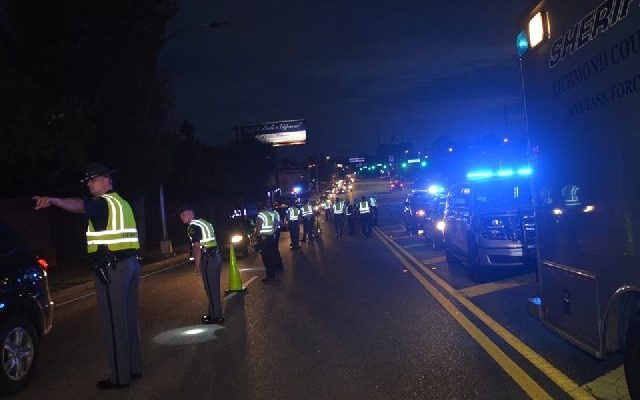 The 27th annual Hands Across the Border traffic enforcement campaign kicks off Monday, May 21 when Georgia law enforcement will join fellow officers, troopers and deputies in Alabama, Florida, and Tennessee to conduct joint roadchecks in their respective states over a 5-day period leading up to Memorial Day weekend.

State and local law enforcement in all four states will work simultaneously to take drunk and drugged drivers off the roads as well issue citations for distracted driving, speeding, being unbuckled (including car seats) and other traffic violations.

“We’ve been doing this for nearly 30 years and we will continue to work with our neighbors to the north, south and west to help bring down traffic fatalities across the Southeast and to get dangerous drivers off the road,” Governor’s Office of Highway Safety Director Harris Blackwood said. “No matter what uniform they wear, our law enforcement and their peers from neighboring states have the same goals to reduce crashes, injuries and fatalities wherever they can. This is an important effort as we get ready for Memorial Day weekend and the unofficial start of summer.”

Hands Across the Border started in 1991 as a friendly wager between the Georgia State Patrol and Florida Highway Patrol to see which agency could limit the number of alcohol-related traffic deaths in their state during the Labor Day travel period. Within ten years, the effort grew to all states bordering Georgia holding joint roadchecks at their state lines on the week before Labor Day with the goal of taking impaired drivers off the roads prior to the final summer holiday travel period of the year.

But beginning last year, the campaign moved to the start of the summer in order to expand the safety message and have the program begin simultaneously with Georgia’s annual 100 Days of Summer H.E.A.T., which stands for highway enforcement of aggressive traffic. The summer initiative is designed to highlight and enforce Georgia’s traffic laws at a time when so many motorists are hitting the road for travel and summer vacations.

“Above all else, our primary goal is to get dangerous drivers off the road and to reduce traffic fatalities and serious injuries,” GOHS Law Enforcement Director Roger Hayes said. “The southeast has so many great vacation destinations that whether folks are staying in-state, just visiting or passing through on their way to another state, we want them to slow down, buckle up themselves and their children, drive sober and put down the phone.”

One of the reasons for campaigns like Hands Across the Border is because traffic fatalities across the southeast are still far too high. In Georgia last year, there were 1,549 traffic deaths. That’s only a slight decrease from 1,561 in 2016 after increases in both 2015 and 2016.

“Hands Across the Border shows all motorists that no matter where they’re from or where they’re going, Georgia and its neighbors care about traffic safety,” GOHS Director Blackwood said. “We’re all fighting the same fight against speeding, distracted driving, impaired driving and being unbelted. It does not matter what side of the state line you’re on. We’re all committed to keeping roads safer this summer.”

Hands Across the Border will begin on Monday, May 21 with roadchecks near Savannah, followed by stops at the Florida state line near Kingsland and Valdosta, the Alabama state line in Columbus and the Tennessee state line near Ringgold.