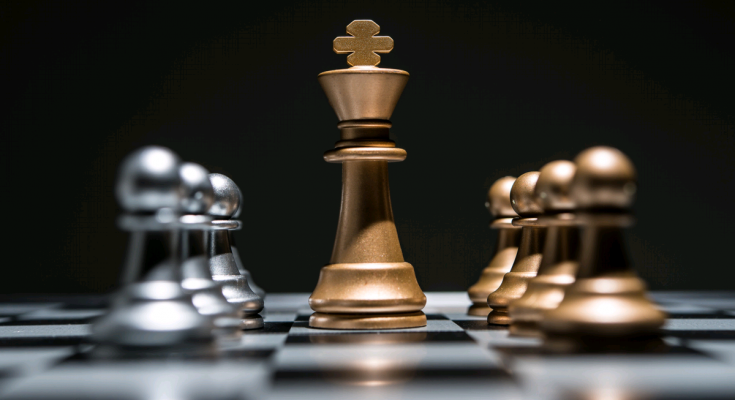 The Bible (KJV) says, “When the righteous are in authority, the people rejoice: but when the wicked beareth rule the people mourn (sigh due to oppression)” (Prov. 29: 2).

There are only two types of rulers, and they are either righteous or wicked. There are no perfect rulers. They are men or women who are either adhering strictly to the Word of God, or at least to a biblical thought form, or preferring and siding with the way of righteousness, or they’re adhering to the sinful ways of the flesh and rejecting God’s Word entirely.

When wicked men are in authority the citizenry mourns, because, “. . . but it (the city) is overthrown by the mouth of the wicked” (Prov. 11: 11b). When wicked men are in authority they rebel against God’s authority and govern according to their sinful fallen nature and bring ruin to their governance. “As a roaring lion (1 Pet. 5: 8), and a ranging bear; so is a wicked ruler over the poor people” (Prov. 28: 15). Wicked rulers target and attack the righteous who hide themselves until the rule of the wicked ends (Prov. 28: 28). (And Prov. 29: 7, 27).

The atheist or wicked have won the rule or authority they wanted. Those that voted them into office are rejoicing over their win. What they don’t realize is that they to will soon mourn (as some of them are already beginning to see) under their governance just as surely as the one’s that tried to keep them out of office. When the wicked win an election we’re all losers. We will mourn like the people of Cuba, Venezuela, China, and Russia.

They rejoice because their candidate, their race, their party got elected. When they voted, they only considered their candidates race or party but did not take into consideration, their moral stance and their character and elected a wicked man into office and will one day mourn their choice, or God’s Word is not true.

The Bible, as we see, tells us the consequence of voting a righteous and a wicked person into office. Before an election the voters should find out if a candidate is righteous or wicked. For the good of the nation they should vote for the righteous or the more righteous candidate. Those who are atheist, pro-choice, curse our great nation, make deals with our enemy, and are socialist are not righteous.

Sunlight is born and grows from the east,

And its rays are buried in the west;

So man is born and tries, before death,

To accomplish his life’s purpose and quest.

Like the sun through its arch in the sky;

Ascending to their highest peak,

For earthly merits, they know not why.

As the sun descends and darkness falls,

So doth man’s glory and strength;

Success or failure, at sunset of life,

The womb of the earth is ripped open wide,

And the remains of man laid inside.

Through years the earth reclaims the dust,

That before was proud and dignified.

From dust to dust and ashes to ashes,

The circle of life slowly comes around.

When he’s laid full length in the ground.

When he danced about in all his glory,

He may or may not have thought of that day,

When he would die and his remains be laid,

Full length, while his soul was sent away.

Taken away to Heaven or Hell,

Taken away in weakness or strength,

Taken away to shame or reward,

When all his remains are laid full length.

When all that remains are man’s remains,

And what remains to be said are memories.

Our memories are what remain of the man,

And may or may not help our pain to ease.

Tall or short, wide or thin, deep or shallow,

Man’s grave will vary in width and length.

Three score and ten may be our years, –

Yet ev’ry man’s life will vary in length.

But finally will come the end we know,

And gone will be our glory and strength.

Our soul begins life then beyond the dark veil,

As our body is laid ‘neath the shadows full length.