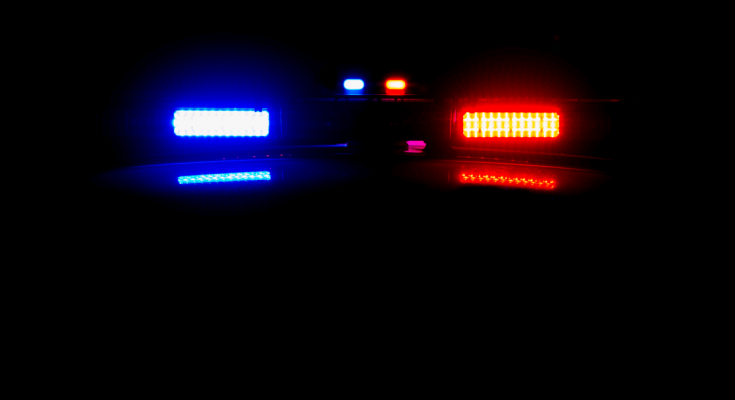 On Friday, November 20th just after 2pm, Bainbridge Public Safety Officer Rob Green attempted to perform a traffic stop on a pick-up traveling on the Highway 27 Bypass near Spring Creek Road.  Officer Green followed the truck as it exited on Spring Creek Road, turned on 3rd Street, and pulled into a driveway.

Officer Green pulled in behind the truck and cautiously approached the driver’s side but was unable to see inside due to the excessively dark window tint.  He knocked on the window and it was lowered enough for him to see that no one was sitting in the driver’s seat.  There was a male subject sitting in the front passenger seat and another male sitting in the rear passenger seat.  No one had exited the vehicle so Officer Green asked both males who had been driving.  Neither would respond.  He then asked for their names and he got no response.

Officer Gaston Corson and additional Shift 2 officers arrived on scene and assisted in getting both men out of the truck.  Captain Josh Glover began a search of the truck and located a wallet containing two Florida Drivers Licenses, as well as two large magnetic signs with a business name printed on them.  The photos on each of the licenses did not match the identity of either of the men in the truck.  Captain Glover called the phone number on the magnetic signs and the person who answered stated that the signs had been stolen off of a company vehicle several days earlier.

The two male subjects, identified as Elange Bornelus of Fort Myers, and Jerry Adam of Miami were arrested and charged with: 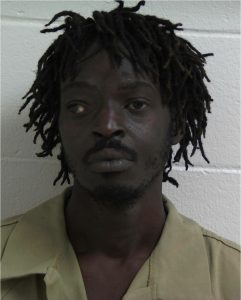 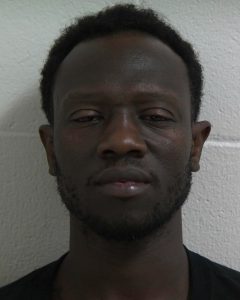 Driving While License Suspended or Revoked

The case was turned over to Investigator Mary Price.