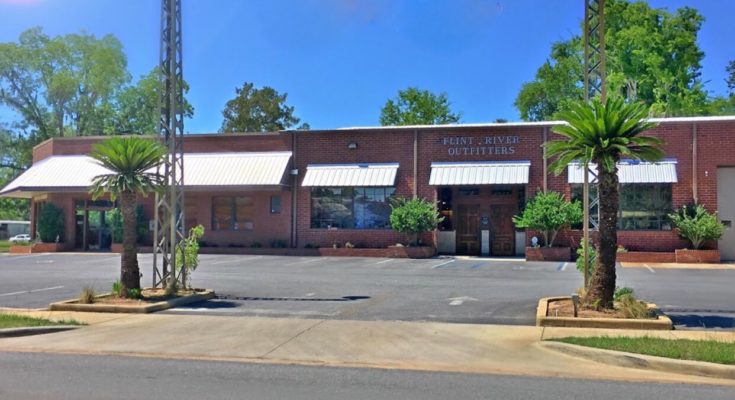 Around 11:45PM on Monday evening Flint River Outfitters was burglarized.

An alarm was triggered and was still ringing when officers arrived on scene. Public Safety officer Matthews noticed a small window near the front entrance was nearly shattered completely with another window busted above the first. Upon further investigation, officers found three additional windows that showed intentions of being busted, along with two more that showed signs of failed entry.

Business owner, Edwin McCullers arrived on scene questioning as to why the power was out. It was discovered that the power had been shut off at the rear of the building before the suspect(s) made entry. After McCullers unlocked the front doors officers finished clearing the store of any suspects still inside.

Two wooden doors that lead into the gun room were pulled apart with one appearing to be damaged. A large amount of glass was found all over the floor as a result of the display cases being smashed in several places. 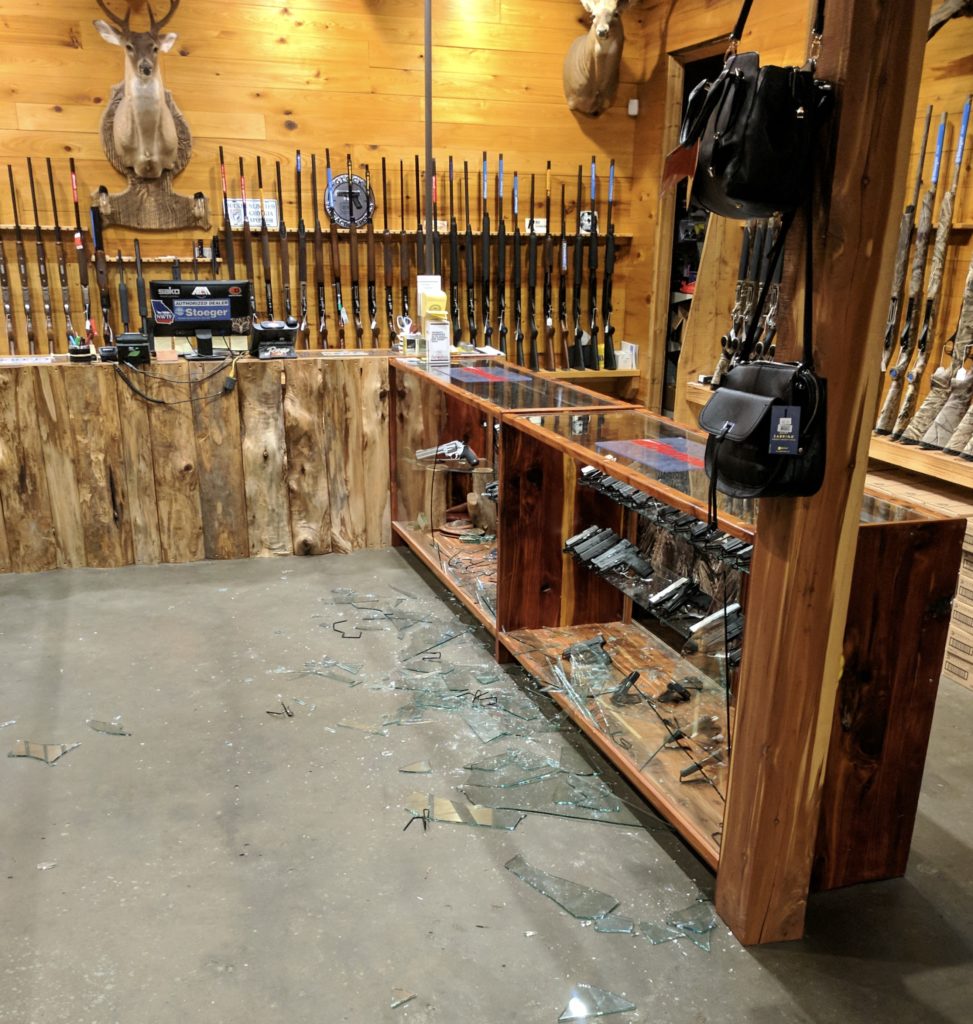 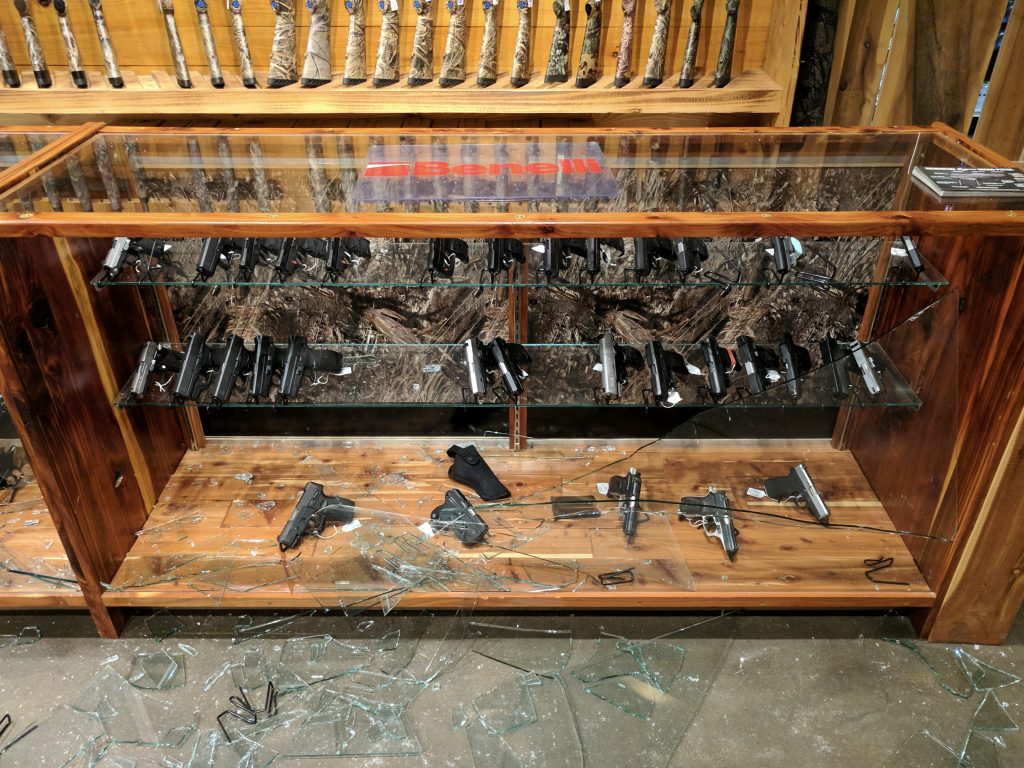 Currently there are 13 guns reported missing. No other items were reported at the time of the incident.

This case remains active and a $1500 REWARD is being offered for information that leads to the arrest and conviction of the person(s) involved in the theft.