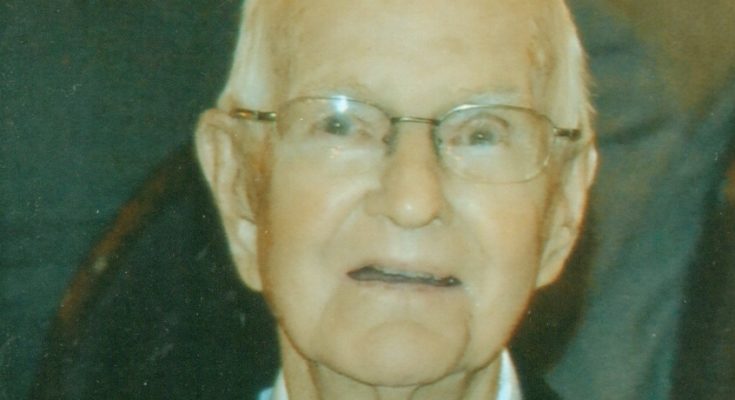 The funeral service will be held at 1:00 p.m. on Tuesday, October 30, 2018 at First United Methodist Church with Rev. David Blalock, Rev. Mike Brown and Rev. Nolan Lovering officiating. A private interment will be held at Roselawn Memory Gardens.

William Pierce Holt was born February 9, 1925 in Albany, GA, the son of Lee Roy Holt and Pauline Spillers Holt. Bill earned his high school diploma while serving his country as a P-47 pilot in the United States Army Air Corps. He was a graduate of Georgia Tech, Class of 1951. He married Nita Bell and they made Decatur County their home since 1956. Bill retired from Englehard as an industrial engineer.

Never one to mince words, Bill Holt was true to his word. (When he proposed to “Miss” Nita, he said, “Don’t you want to move to Atlanta and work while I go to school?”) He had a dry sense of humor and was full of jokes. Bill had a servant’s heart, never saying “no” to helping others. He served on many church projects throughout the years and facilitated Sunday School sessions. Bill was also a Lay Speaker at Attapulgus UMC. He loved a fishing trip and was a skilled craftsman. In fact, many would say, “Bill Holt could fix anything wood.” Evidence of his woodworking can be found in homes across Southwest Georgia as well as his home church where parishioners walk through doors made with love each week. His handiwork didn’t end there; Bill sewed clothing for his beloved wife in their early years. A strong, supportive husband, father and grandfather, Bill Holt walked what he talked.