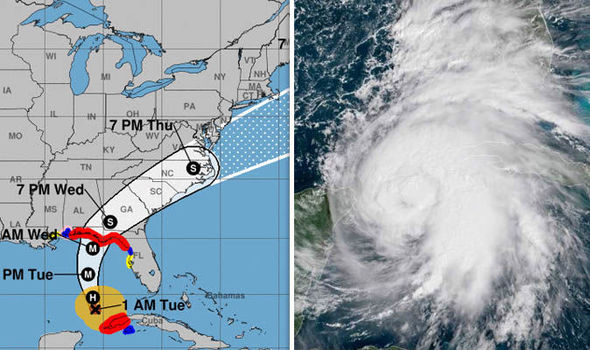 Based on the latest forecast for Hurricane Michael and acting on a recommendation from Georgia Emergency Management and Homeland Security Agency (GEMA/HS) officials, Gov. Nathan Deal today issued an emergency declaration for 92 Georgia counties. The emergency declaration is effective for seven days and makes all state resources available to local governments and entities within the impacted area of the hurricane.

“The state is mobilizing all available resources to ensure public safety ahead of Hurricane Michael,” said Deal. “In light of the storm’s forecasted track, I encourage Georgians in the affected counties to be prepared and remain vigilant. We will continue to monitor Hurricane Michael’s path and GEMA/HS is leading our preparedness efforts. We are also working with federal, state and local officials to provide public shelter and accommodate those evacuating from other states. I ask all Georgians to join me in praying for the safety of our people and all those in the path of Hurricane Michael.”

To read the executive order, see attached or click here. A map of the counties under emergency declaration is also attached.