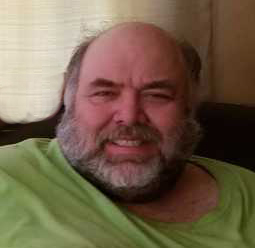 Edward Dewayne Kearns was born April 8, 1965 in Camilla, GA, the son of Earnest and Dina Darley Kearns. He was a graduate of Bainbridge High School. Eddie was a member of Salem Baptist Church and attended Grace Baptist Church of Quincy, FL. He worked as warehouse manager at Pepsi for 31 years.

Eddie had a heart of gold; he was always lending a hand to those in need or a shoulder to cry on. He was a great teacher and mentor impacting others with his positive outlook and optimistic attitude. His family describes him as “good”: a good cook, a good father, a good grandfather, a good uncle, a good brother and a good friend. Eddie was an avid Georgia Bulldog fan and was proud to know the DAWGS won the SEC Championship.

Survivors include his children, Eddie Kearns, Jr. of Crawfordville, FL, Ashley Kearns of Donalsonville, GA and A.J. Ritter of Quincy, FL; his mother, Dina Kearns; his brothers, Eric Kearns of Largo, FL, Kevin Kearns and his wife, Becca, of Quincy, FL and Bryan Kearns and his wife, Anna, of Bainbridge, GA; and his grandchildren, Zayla Glisson, Bailey Kearns and Spencer McNeal. Eddie was preceded in death by his father, Earnest Wayne Kearns.