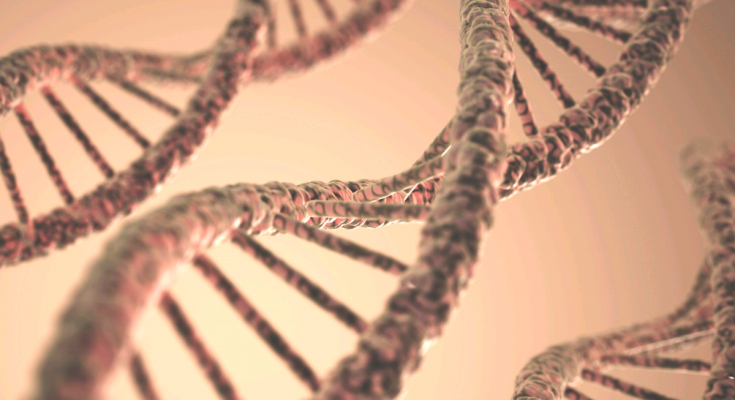 The Bible (KJV) says, “For whosoever shall call upon the name of the Lord shall be saved” (Rom. 10: 13).
Eugenics “is a word coined in 1885 by Francis Galton (1822-1911), (a cousin of Charles Darwin, 1809-1882), an English student of heredity, from the Greek eugenia (well-born), and defined by him as ‘the study of the agencies under social control which may improve or impair the racial qualities of future generations physically and mentally.’ Eugenics is the “science of improving human beings through breeding.”
Eugenics or social selection was first practiced by the Spartans of ancient Greek. Then a weak or deformed infant was rejected and cast away, often exposed to the elements, and left to die.
Hitler (1889-1945) used eugenics in his attempt to preserve the Aryan race, which he considered pure, and the elimination of the Jewish race which he considered inferior and sub-human. His eugenics program was antisemitic, and was carried out through murdering as many Jews as he could.
Margaret Sanger (1883-1966), used eugenics in her efforts to eliminate the Black race and create a “thoroughbred race” in response to request from public health officials and the woman’s branch of the KKK, who were Democrats. Her eugenics program was called the “Negro Project” and was propagated by Black Ministers who encouraged the abortion and murder of black babies.
Hitler used gas chambers at Auschwitz and other concentration camps for his eugenics program and Margaret Sanger used abortion clinics for her eugenics program.
Hitler’s concentration camps are closed and his program ended. Though Margaret Sanger has died, her eugenics program continues even today through Planned Parenthood.
Charles Darwin came up with the theory of evolution and the survival of the fittest through natural selection (1859). His cousin, Francis Galton came up with the idea of eugenics, the survival of the fittest through social selection (1885). Erasmus Darwin (1731-1802), their grandfather who was a physician and physiologist had developed certain ideas of his own about evolution.
Eugenics has been practiced for centuries with plants and animals. The plant or animal in their natural state are selected and used to create a plant or animal through crossbreeding or hybridizing to satisfy a particular desire or need. The mule is a perfect example of this.
There’s nothing wrong with natural selection and to some extent, nothing wrong with the social selection of plants and animals. But there is much wrong in the social selection of human beings by other human beings.
If eugenics becomes a national or worldwide program, what scientist and what politicians or what bureaucracies are qualified to decide what traits or qualities are desirable for a thoroughbred race and which ones will get bred out? In other words, who gets to play God, and who gives them the right to play God? And no matter how hard they try, they’ll never breed out man’s sinful nature.
And eugenics is still on the table. There are many progressive elitist in government who think eugenics is the solution to many of our problems. Eugenics follows abortion in societal evolution as night follows day. Abortion prepared us morally to accept eugenics. Genetic screening, intervention and manipulation are a science that presently affords us the ability to know our genes, treat any gene disorder, and actually improve our genes through genetic engineering or gene therapy. William B. Province wrote “Eugenics has not disappeared, and the situation has not changed. . . . The new eugenics will force some very difficult choices between individual freedom and public welfare, . . . we have to look to ourselves as human beings to write the moral rules that will govern these choices.”
There’s no such thing as a pure race. We’re all hybrids. If eugenics actually becomes a government program overseen by scientist and manipulated by lobbyist and politicians, they will make their selection based on what their agenda is as they do with everything else. As governing party’s and agendas change so will the selection. And there again you will have sinners pretending to be God.
Jesus Christ doesn’t use eugenics in selecting His Bride, His Church. He takes the worse sinner with all his weaknesses, faults, failures, flaws, blemishes, wrinkles, scars, bad breeding, bad background, and any skin color. He then washes them in His blood, forgives and cleanses them, gives them a new nature, new life, new hope, and molds and makes them into His own likeness by His Word, Grace, and Spirit.

On God’s Holy Word the Church doth stand,
Led and sustained by the Shepherd’s hand,
That leads us by where His martyrs have died,
Who, through fiery flames on Him relied.
•
Their way, though fraught with many an ill,
Our Lord, they knew was leading them still.
Suffering prison, flame and the sword,
Many died for the Word of the Lord.
•
Since we to Jesus our love did vow,
To God’s Christ our Sovereign we bow.
Never to earthly powers be wed,
Though into prison or flames we’re led.
•
Through all our trials, let it be said,
The Church triumphantly is still led.
Till Christ, Who by His glory and might,
Doth take us home from this sin-cursed night.
•
Then, with the blood-washed throne, we will stand,
And praise our God for His guiding hand.
That led us through prison, flame and sword,
That we might honor our Precious Lord.
•
The martyrs, then, who had suffered earth’s frown,
Will wear a bright and glistening crown.
Who more than life our Savior did love,
Despised earth’s honor for Christ’ above.
James H. Cagle