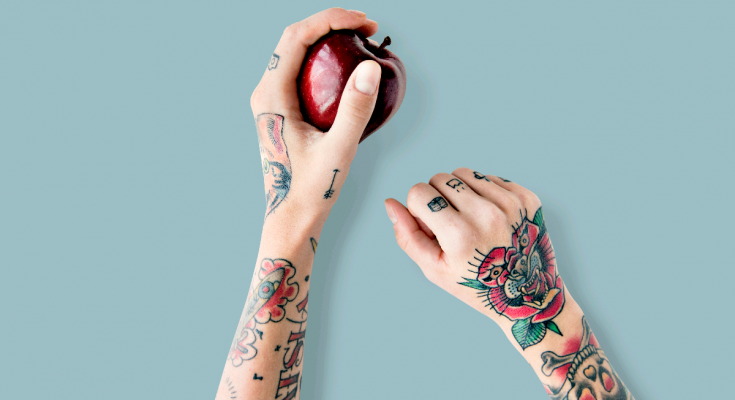 Tattooing is “to produce a permanent design on (the skin) by searing it or by puncturing a design on it and filling the punctures with indelible ink.”

Tattooing, the putting of unremovable marks on the body is nothing new.

According to our text it was done by the pagans in very ancient times. Tattoos have been found on ancient mummies. In the 1500’s tattooing was a highly-developed art in Japan. Some South American Indians are to this day tattooed to show their social status.

Tattooing was and is practiced by the Polynesian. “Tattoo” is Tahitian (tatau mark), and was introduced in our world by Captain Cook (1728-1779).

Jews in concentration camps had numbers tattooed on them by the Nazis.

The tattooing forbidden of Israel by the Lord, was forbidden because it was done by the heathen as part of their occult idolatrous worship of false gods.

Cutting and marking the flesh was part of an idolatrous rite. The cutting of the hair and beard and the cutting and marking of the flesh by the living were done in an attempt to make themselves unrecognizable by the dead spirits that they thought would come back and hurt them. Israel was forbidden to mark their flesh with these tattoos because it would be an occult mark of apostasy that once they were made, could not be removed.

Let’s not forget that tattooing originated with the occult. And I believe there is still some devilment behind it.

As the idolaters did in ancient times, we today use tattooing to hide our true identity and give us a false identity. Tattooing is just a cover up to hide our emptiness. We’re like a portfolio with nothing in it but a cover letter.

Could there be any connection between the rise of immorality, the growing craze of tattooing, and a growing interest in the occult?

Tattoos are those pictures and letters,
That are drawn upon the skin.
The human flesh is the artist’s canvas,
From the top of the foot to above the chin.
♢
Tattoos are made with indelible ink,
And therefore are unremovable.
Yet we draw a name or picture today,
That in a year is inexplicable.
♢
Some are a walking art gallery,
A scroll of names, curses, and quotes.
Some cut off their nose and ears,
Then death’s image is overwrote.
♢
Tattoos originated with the occult,
With the pagans so long ago.
They did it to hide their identity,
From evil spirits who wanted to know.
♢
It was part of their idolatry,
Their worshiping of a false god.
Tattoos are a mark of apostasy,
And are strictly forbidden by God.
♢
Tattooing is a body language,
When first writ is bright and readable.
But when the canvas sags and wrinkles,
The writing’s no longer discernable.
♢
Tattoos came from Tahiti,
On the sailors with Captain Cook.
We cover our skin with thoughts and feelings,
And hope others can read us like a book.
♢
With tattoos we define ourselves,
While our true identity we hide.
Our soul is empty and we’re speechless,
And contradicting words are read outside.
♢
Tell me, is there a connection,
Of immorality on the rise,
The growing interest in the occult,
And the craze for tattoos we devise?
James H. Cagle