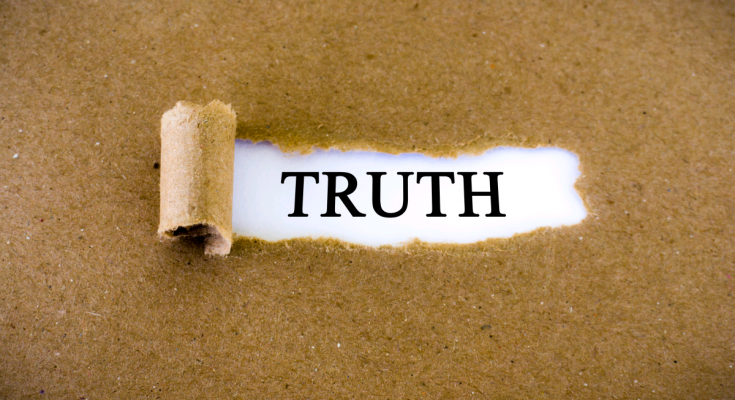 It is a fact that fact and truth have always been synonymous. What’s real, or reality, is said to be true to fact, or correspond to true truth.

It is also a fact that a lie and truth have never been synonymous. What’s real, or reality cannot be honestly explained with a lie.

Truth comes in just two versions. There’s subjective truth and objective truth. Which one a person accepts and follows will determine their eternal destiny.

Subjective truth is truth that is determined by oneself, “of, relating to, or arising from oneself or mind.” Subjective is synonymous with what’s imaginative. One’s personal perception of reality, (subjectivism, pragmatism). Subjective truth is not true truth because it will contradict itself and does not correspond with reality.

When subjective truth is followed, self decides what is right in every situation. This is called situation ethics, where everyone does that which is right in their own eyes (Judges 17: 6, 21: 25).

When objective truth, which is God’s Word (KJV) is followed God decides what is right in every situation. This is called Christian ethics, when one does that which is right in God’s sight.

There’s nothing greater than truth if it is True Truth.

Jesus called Himself  “the truth” (Jn.14: 6) and the Bible “truth” (Jn. 17: 17).  He called Himself “true” when comparing Himself with the false and when declaring that He lined up with the truth of prophesy. Had Jesus labeled Himself and the Bible as “true,” then He would be saying they were less than some greater standard of truth that when judged by it they would be found true.

Subjective truth is truth that’s decided by a sinful heart, and will never be right or lead to true righteousness.

Truth gives us a reference point,
A compass and guide for our life.
A standard that we live by,
An anchor through all our strife.

There are two versions of the truth.
One version is subjective truth,
And it is different with ev’ry man,
And is anything but the truth.

And then there is objective truth,
That’s universal and absolute.
It corresponds to reality,
And righteousness is its fruit.

Subjective truth can be anything,
That we deem right in our eyes.
Then situation ethics,
Is the rule that we live by.

Subjective truth will change,
And will contradict itself.
It corresponds not to what is real,
And is not true to itself.

Objective truth never changes,
For it is settled in Heaven.
And it corresponds to what is real,
And the Truth that came from Heaven.