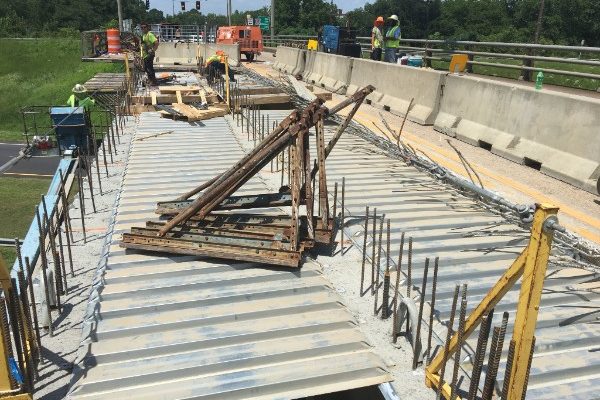 The US 84/SR 38/Bainbridge bypass southbound lanes and the SR 253/Spring Creek Road bridge are expected to reopen Monday morning.

The majority of repairs have been made to the bridge damaged May 21 when it was hit by a piece of heavy equipment hauled on a trailer. Contractor Southern Concrete Construction Co. needs only to pour a portion of sidewalk on the bridge. That is scheduled for early Monday morning, weather permitting.

Southern will need to implement single lane closures on the bypass next week to remove forms used in the bridge repair. That could take two or three days. Lane closures are not allowed between 7 a.m. and 9 a.m. and 4 p.m. and 6 p.m. Monday through Friday. For information on traffic interruptions and real time traffic alerts, visit Georgia NaviGAtor at www.511ga.org.

The contractor was given 45 days from May 25 to complete emergency repairs, but work is expected to be finished by the end of next week.

The Georgia Department of Transportation closed the bypass southbound lanes and the bridge immediately after the May crash. The bypass lanes reopened after two damaged bridge beams were removed. The bridge remained closed; a portion of the deck had to be dismantled to remove the damaged beams and to set new beams. Repairs could not begin until new bridge beams were manufactured. The bypass lanes closed again June 18 so emergency repairs could begin. The contractor is allowed to detour byass traffic for seven consecutive days.

Until lanes and the bridge reopen, bypass traffic is being routed up and over the ramps at the Spring Creek Road exit. Motorists are using the SR 253 Spur and US 27 Business/Dothan Road as a detour for the bridge.