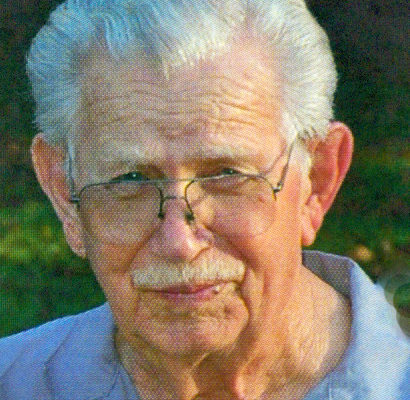 James Archie Butler was born February 9, 1927 in Eldorendo, GA, the son of Jim and Onie Sellers Butler. He was a graduate of West Bainbridge High School. He proudly served his country as a merchant marine in World War II and was married to Annie Maude Hendley. Jack was cofounder of P&B Electric where he worked diligently for over 20 years and in 1970 established Flint River Electric where he continued to work until his retirement in 1995. He was a member of Calvary Baptist Church and also attended Fellowship Baptist Church.

Jack Butler was known as a gentle man. He was soft spoken but his words resonated strength and firmness. He was faithful, always putting God first. Jack loved his family unconditionally and taught them to live a full life “doing unto others”. He was an avid outdoorsman who enjoyed fishing and hunting (especially for turkeys or dove) and of course, football. The Atlanta Braves and the Georgia Bulldogs were his favorite teams.

Survivors include his children, Linda Darley and her husband, Mark, Joe Butler and his wife, Karol, Bruce Butler and his wife, Cinda, and Carolyn Conley and her husband, Dee, all of Bainbridge; his grandchildren, Bryan, Dena, Kristen, Ciarra, Joey, James, Tina, Jadd, Kandra, Brandon and Michael; and his thirteen great-grandchildren. Jack was preceded in death by his wife, Annie Maude Butler, and his siblings, Loyce Butler, Frances Knight and Lillian Pierce.