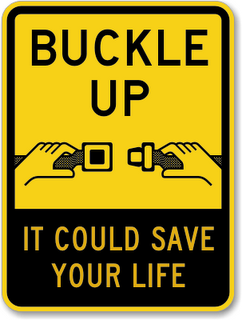 With a record number of people expected to be on the road during the Thanksgiving holidays, the Georgia State Patrol and the Governor’s Office of Highway Safety are asking motorists to wear their seat belts at all times, whether they are traveling across the state or down the street.

State and local law enforcement officers will be out in force patrolling Georgia highways and roads during the Thanksgiving holiday travel period that begins on Wednesday, November 22 and ends on Sunday, November 26.

AAA is predicting 45.5 million people will be traveling by vehicle during the holiday weekend in the United States, which is the highest number of motorists on the road for the Thanksgiving holiday since 2005.

“Sadly, each holiday period, more than one-half of the people killed in motor vehicle crashes are not using safety belts,” Colonel Mark W. McDonough, Commissioner of the Georgia Department of Public Safety said. “Always wear your seat belt no matter how short the trip. Many lives can be saved if people take a few seconds to buckle up,” he added.

The five-day Thanksgiving holiday weekend was, unfortunately, very deadly in Georgia last year. According to the Georgia Department of Transportation, there were 5,011 traffic crashes that resulted in 1,755 injuries and 20 deaths in 2016. That is a 43 percent increase from the 14 traffic deaths during the same time period in 2015.

While Georgia has one of the highest seat belt usage rates in the nation at 97 percent according to the National Highway Traffic Safety Administration, almost 60 percent of Georgia’s fatal traffic crash victims this year were not buckled.

According to NHTSA, seat belts saved an estimated 13,941 lives in the United States in 2015, and studies show front seat passengers wearing seat belts reduce their risk of being killed in a crash by 45 percent.

“Unfortunately, there are too many holiday tables in Georgia that will be without one or several family members who died as the result of a traffic crash in the past year” Harris Blackwood, Director of the Governor’s Office of Highway said. “The tragic thing is that many of the lives that we have lost would probably be enjoying Thanksgiving dinner this week had they been wearing their seat belt.”

With more than 1.3 million Georgians forecast to be on the roads during the Thanksgiving holiday travel period, the Governor’s Office of Highway Safety is offering tips for drivers before they get on the road.
Do not try to make up time on the road – Speeding will not get your there any faster. The best advice is leave earlier than the normal driving time it takes to reach your destination.
Keep your attention on the road – Avoid distractions from passengers, electronic devices, radio/music, grooming and food. Find a safe place to get off the road and park if you need to check your phone or GPS system.
Take breaks – Take rest breaks as you need, and, if possible, change drivers during breaks.
Wear seat belts – Make sure you and your passengers are all buckled up.
Do not drive under the influence of alcohol or drugs
BE PATIENT. No matter what happens when you are on the road, remain calm and stay focused on driving safely to make sure you arrive alive.