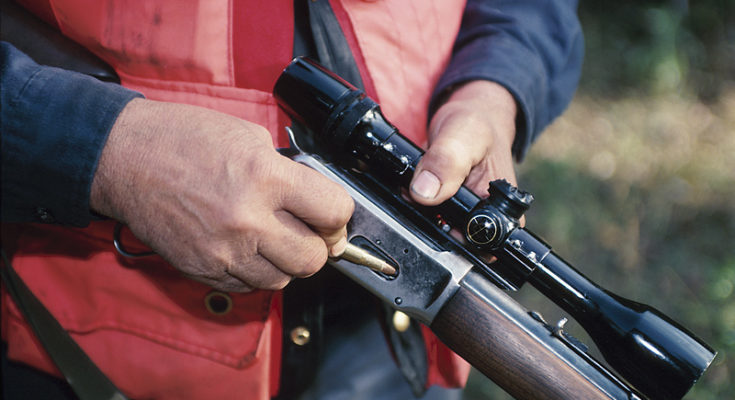 For many hunters, the opening day of firearms deer season feels a little like Christmas morning does to a child. Firearms deer hunters can take to the woods beginning Sat., Oct. 21 and continue through Jan. 14, 2018 statewide.

“Georgia is one of the greatest deer hunting states in the country,” said Charlie Killmaster, state deer biologist for the Wildlife Resources Division. “We have one of the longest deer seasons, our deer harvest is sustainably among the highest, and the quality of bucks is unrivaled in the Deep South. Don’t take this awesome opportunity for granted, grab your favorite deer rifle and hit the woods!”

During firearms deer season last year, almost 320,000 hunters harvested 260,765 deer in the state. The use of regulated deer hunting ensures that Georgia’s deer population continues to be healthy and strong.

Either Sex Day Map: Hunters can check out the interactive map created to see the opportunities available for the counties they hunt. If you hunt on National Forest land, either-sex days may be different than on private land. More info at http://georgiawildlife.com/hunting/deer-opportunities.

Georgia Game Check: All deer hunters must report their harvest using Georgia Game Check. Deer can be reported on the Outdoors GA app (which now works whether you have cell service or not), at gooutdoorsgeorgia.com, or by calling 1-800-366-2661.

Georgia hunters have access to more than one million acres of public hunting land across the state, including over 100 state-operated wildlife management areas. In addition to traditional hunts, a number of special hunts are offered, including ladies-only and adult/child hunts. Dates and locations for these hunts, as well as WMA maps, can be found in the 2017-2018 Georgia Hunting Seasons and Regulations Guide at http://georgiawildlife.com/hunting/regulations.

Hunters are allowed a harvest of up to 10 antlerless deer and no more than two antlered deer (with one of the two antlered deer having a minimum of four points, one inch or longer, on one side of the antlers).

To pursue deer in Georgia, hunters must have a valid hunting license, a big game license and a current deer harvest record. Licenses can be purchased online at http://georgiawildlife.com/licenses-permits-passes, by phone at 1-800-366-2661 or at a license agent (list of agents available online).

Make sure you are familiar with the four primary rules of firearms safety before heading to the woods during deer hunting season.

While only a small fraction of hunters are ever involved in a hunting incident, the Georgia Department of Natural Resources’ Wildlife Resources Division (WRD) encourages everyone to review the ‘Four Primary Rules of Firearms Safety’ before heading to the woods.

Of the more than 600,000 hunters afield last year, Georgia reported 33 hunting incidents, 1 of which involved firearms.

The following checklist, comprised of only four items, is covered in all hunter education courses and easily can be remembered with the acronym ACTT:

A – Always treat every firearm as if it were loaded.

C – Control the muzzle of the firearm at all times.

T – Be certain of the Target and what is in front of it and beyond it.

T – Keep your finger outside of the Trigger guard until you are ready to shoot.