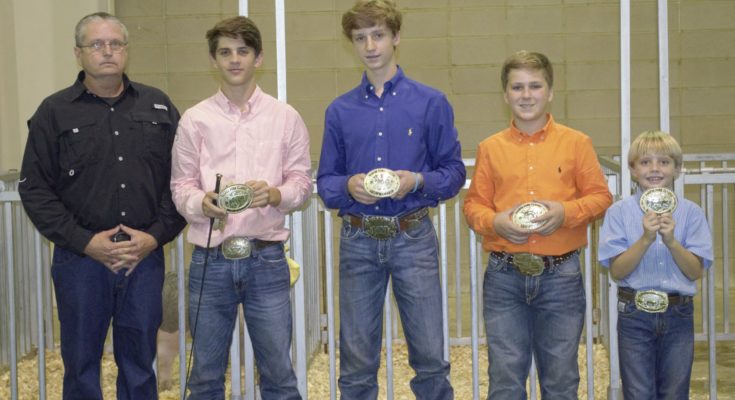 4-H and FFA Livestock showteam members from Georgia and Florida participated in the 2017 Parker Classic on September 23, 2017 held in Bainbridge.

The Parker Classic, formerly known as the Flint River Pork Classic, was renamed to honor, Mr. Jeff Parker, a founding member and great supporter of the youth livestock program.

The show began with pre-club showmanship for Kindergarten and younger swine exhibitors. Jase Staines, Amberly Griner and Ryleigh Mosely did a fantastic job in their showmanship class.

Novice showmanship is for grades 1st through 3rd and winning the class was Jake Barber from Decatur County followed by Brantley Hall in 2nd place and placing 3rd was Gunnar Berry.

Mr. Allen Newsome from Riverview, Florida served as the judge of the Parker Classic. Mr. Newsome has been involved in different facets of the livestock industry for over 40 years and enjoys working with 4-H and FFA members to promote the livestock programs.