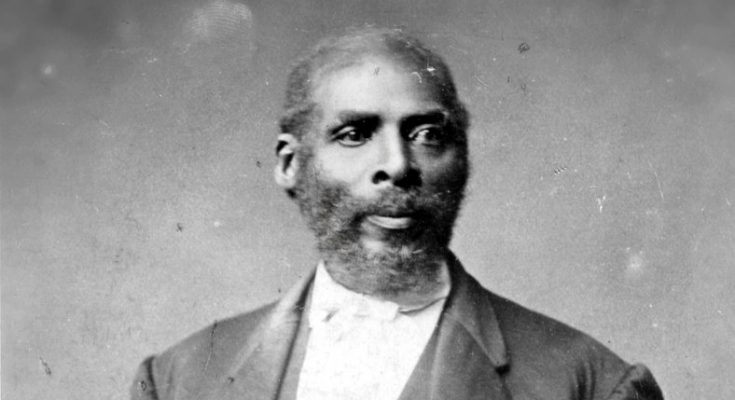 John Jasper (1812-1901) was born a slave in Williamsburg, Virginia. His mother, Nina, worked in the big house with white people and his father worked in the fields. His father was a well-known slave preacher.

In 1831, John heard a gospel message that brought deep conviction to his sinful soul. After wrestling twenty-five days with the Lord, John confessed his sinfulness and trusted Jesus Christ as his Lord and Savior. By God’s grace he began to lose his hatred for those who had enslaved him and to love the unlovable.

Eight years after his conversion John became convinced that God had called him to preach the gospel. He received no formal education, but had been taught for seven months by another slave, William Jackson, how to read and spell from the New York Speller.

John Jasper was best known as the “funeral preacher.” With his oratory skills his “audiences were swept into another world.” One who heard him speak was awed by his oratory skills: “If Jasper wasn’t the soul of eloquence that day, then I know not what eloquence is. He painted scene after scene. He lifted people to the sun and sank down to despair. He plucked them out of the hard places and filled them with shouting.”

People came from far and wide to hear this famous preacher who had such deep conviction of soul, great reverence for the Bible, and a great love for the Lord. Both blacks and whites, rich and poor, slave and free were saved under his ministry. They thronged to hear him preach because they sensed the Holy Spirit’s presence with him.

Jasper did face many hardships in life. The first night of his marriage to Elvry Weaden, a slave from Williamsburg, Virginia, Jasper’s owner sent him away to Richmond. He never saw his bride again. Because they were never permitted to be together again, Elvry remarried. Under these circumstances’ Jasper’s church gave him clearance to marry again. In 1844, John married Candice Jordan, a slave, and they had nine children. This marriage ended because of domestic problems. John weathered these storms along with many others, with God’s help and strength.

John Jasper preached twenty-four years as a slave and thirty-nine years as a free man. After he became a free man, John never outgrew his dialect or manners from his slavery days. Educated black preachers saw him as deficient in culture, manners, and language skills, but the people he ministered too deeply loved him and esteemed him as one of the greatest preachers of his day.

When John Jasper died, a writer for the Richmond Dispatch commented, “John Jasper was a national character, and he and his philosophy were known from one end of the land to the other. . . . His implicit trust in the Bible and everything in it, was beautiful and impressive. He had no other lamp by which his feet were guided. He had no other science, no other philosophy. He took the Bible in its literal significance; he accepted it as the inspired Word of God; he trusted it with all his heart and soul and mind. . . . He followed his divine calling with faithfulness, with a determination, as far as he could, to make the ways of his God known unto men, His saving health among all nations. And the Lord poured upon His servant, Jasper, ‘ the continual dew of His blessing.’”

When we celebrate a race,

Its greatness and achievements,

Won amidst struggles they had to face.

We recognize their many leaders,

Some who gave their very life,

To fight against oppression,

And put an end to racial strife.

We highlight their accomplishments,

Their scientist and educators,

Their ministers and doctors,

Their soldiers and their senators.

For their history tells a story,

Of ones though cruelly oppressed,

Rose out of their chains and bondage,

For the Lord their cause hath blessed.

They fought for their civil rights,

For Americans they knew they were to.

They fought against segregation,

And their freedoms long overdue.

In this month we recall their pain,

And how they suffered such needless shame.

Though  many thought them not their equal,

The Bible tells us we’re all the same.

Yes, we celebrate their victories,

How they triumphed and overcame,

The prejudice and unfairness,

All the killings and the flames.

Yes, we have much to celebrate,

When we see from where they’ve come.

When we see the awful price they paid,

When to the racist they would not succumb.

For they rose up out of bondage,

To reside in the White House,

They rose up out of darkness,

To the honor they now espouse.