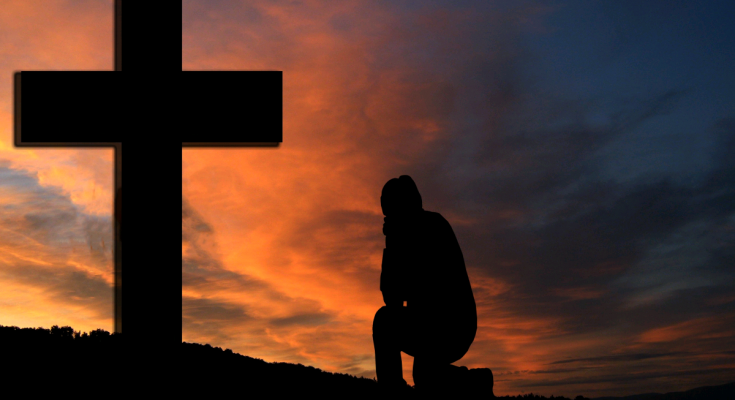 The Bible (KJV) says, “Now faith is the substance of things hoped for, the evidence of things not seen” (Heb. 11: 1).

Paul, who I believe wrote Hebrews is explaining the nature of true faith, and gives us a description of it.

Faith is trust in the unseen. It is not trust in the unknown. For we know what we have faith in though it is unseen. Faith is the embodiment, the inference, of things hoped for in the near or not to distant future. Faith is proof that we believe in the unseen. “For we are saved by hope: but hope that is seen is not hope: for what a man seeth, why doth he yet hope for?” (Rom. 8: 24).

Clarence Larkin explained this verse like this – “I hold in my hand a check, it is the substance (on paper) of the money I hope to get when I cash it, and the evidence (in black and white) of the money I have not as yet seen.”

Faith substantiates the promises of God which fulfillment we hope for in the future, making them presently real to us, and later a reality when we actually see them. Faith is insight into those things we will one day see by sight.

“Faith is that by which the invisible becomes real and the future becomes present. Faith gives a reality to things hoped for, and puts to the test things that for the moment are unseen, resulting in convictions.” Faith is that which gives assurance or a certainty of things still in the future and still unseen. They exist apart from faith, but it is by faith that they are realized.

In the preceding chapters of Hebrews, the underlying thought is, that contrary to the ordinary way of thinking, it is the heavenly or spiritual or invisible that is real, and the only way they can be realized with any assurance is through the operation of faith.

“Faith is confidence in the trustworthiness of God. It is the conviction that what God says is true and that what He promises will come to pass.

“Faith is not a leap in the dark. It has as its foundation some revelation or promise from God. It is not limited to the possible but invades the realm of the impossible.” Someone said. “Faith begins where possibilities end. If it’s possible then there’s no glory for God in it.” “Faith, mighty faith the promise sees, / And looks to God alone; / Laughs at impossibilities, / And cries, ‘It shall be done’”- Anon.

Abraham in his old age believed God when He said that as the stars of the heaven so shall your seed be. “And he (Abraham) believed in the Lord; and he counted it to him for righteousness” (Gen. 15:6). “Abraham examined the circumstances and, despite everything, decided that God was to be trusted, and consciously chose to put his trust in God, and this act of saving faith was accepted by the Lord in the place of a righteousness that Abraham did not possess.”

In every age, faith is man’s response to the promises of God, and trusting oneself to the God who promised, and that faith is accepted by God in place of a righteousness that no human being could have.

That righteousness which is a gift from God and which justifies us before God is worked out in our lives and is what justifies us before the world (Jms. 2: 24). “Work out your own salvation with fear and trembling. For it is God which worketh in you both to will and to do of his good pleasure” (Phil. 2: 12, 13). But a man cannot work out in the outer man what he doesn’t possess in the inner man. This exhortation was directed to Christians at Philippi, and to Christians today. The doctrine Paul was expressing is that “Salvation” included more than escape from the penalty and power of sin but also from the practice of sin and at the Rapture the very presence of sin.

Faith is the substance of things hoped for,
The evidence of things not seen.
Faith is the embodiment of things hoped for,
Faith is a trust in what is unseen.
♢
Faith is gazing long at Calvary,
And all the blessings there for me,
Bought with the precious blood of Jesus,
For now and throughout eternity.
♢
Faith is not a trust in the unknown,
But a trust in what we can’t see.
Faith substantiates the promises of God,
And is proof that we believe in what we can’t see.
♢
Faith is assuming the attitude,
Of entire dependence on God.
It is insight into the future,
When we’ll see what we believed about God.
♢
Faith in the promises of God,
Makes them real to us today.
By faith the invisible becomes real,
And the future effects us today.
♢
Faith is the reality of things hoped for,
By testing faith we get conviction.
Faith is our assurance of the future,
And shapes our spiritual condition.
♢
Faith is confidence and trust in God,
That what He said is surely true.
Faith is not a leap in the dark,
But standing on God’s promises to me and you.
♢
Faith isn’t limited to the possible,
But invades the realm of the impossible.
For there’s no faith or glory to God,
If something is humanly possible.
♢
We’re saved by faith in Jesus Christ,
And our faith is accepted for righteousness.
By faith we obey and do God’s will,
And by faith we grow in holiness.
♢
The world cannot see our faith in God,
Until works of righteousness we do.
What God has put in us we must work out,
So that others see Jesus in me and you.
James H. Cagle