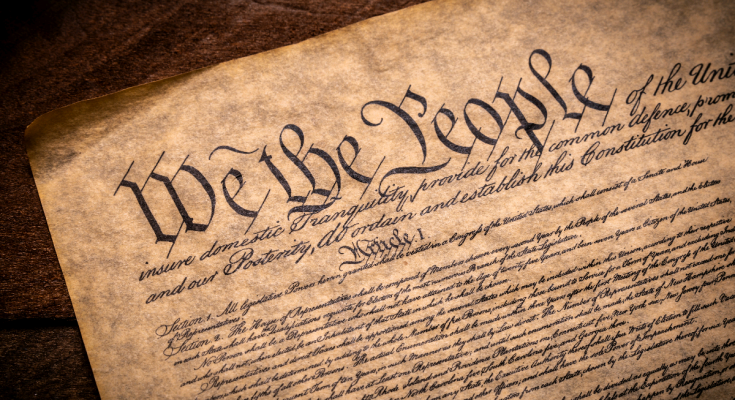 (ATLANTA) – Secretary of State Brad Raffensperger is making available to voters a summary of the statewide referendum and two proposed constitutional amendments that will appear on the General Election ballot.

Georgians will have the opportunity to cast a Yes or No vote on both proposed amendments and the referendum that the General Assembly approved during its current term for voter consideration.

The wording of the ballot questions is available on sample ballots found at mvp.sos.ga .

Copies of the amendments also appeared in legal advertising in every county’s legal organ.

This proposal authorizes the Georgia General Assembly by general law to require that fees or taxes collected for some specific intended public purpose be used as so intended. It requires any such general law to identify the specific public purpose, name the state agency to administer the funds, require the agency to make annual reports of revenues and expenses, and automatically end the fee or tax within ten years. It prohibits the General Assembly from designating funds when total revenues so dedicated equal or exceed one percent of the total state revenues based on the previous fiscal year’s appropriated state revenues. It exempts such general laws from certain state constitutional restrictions. It requires that such general laws, including amendments, be approved by two-thirds of each chamber of the General Assembly, but allows for repeal of such general laws by simple majority vote. It prohibits attempts to reallocate dedicated funds through any appropriations act or amendment. It provides for temporary suspension of such general laws by the Governor or by the General Assembly in the event of a financial emergency, subject to certain limitations. It amends Article III, Section IX, Paragraph VI of the Georgia Constitution by re-designating the second subparagraph (o), relating to the dedication of the excise tax on the sale of fireworks, as subparagraph (p), by re-designating subparagraph (p), relating to the Georgia Outdoor Stewardship Fund, as subparagraph (q), and by adding a new subparagraph (r).

This proposal waives state and local sovereign immunity so as to allow citizens to sue the State of Georgia, its departments and other agencies, and its local governments in superior courts and authorizes superior courts to order state and local officers and employees to cease violations of the Georgia Constitution, the laws of the State of Georgia, or the United States Constitution, beginning with violations occurring on or after January 1, 2021. It requires that such suits be brought only against the State or Georgia, or in the case of a local government, against the specific local government. It requires superior courts to dismiss any such lawsuit that names any individual state or local public officer or employee as a defendant. It maintains the ability of superior courts to dismiss such suits based on other appropriate legal or equitable grounds or limitation on review in superior court. It prohibits any type of monetary award, including attorney’s fees or costs of litigation, unless authorized by an Act of the Georgia General Assembly. It does not prohibit the General Assembly from further waiving certain other immunities provided for under Georgia’s Constitution, though it does not waive any immunity provided for by the United States Constitution. It amends Article I, Section II, Paragraph V of the Georgia Constitution by rendering the current text subparagraph (a) and adding a new subparagraph (b).

This proposal authorizes a new exemption from ad valorem taxes for all real property owned by a purely public charity, if such charity is exempt from federal taxation and such property is used only for building or repairing single-family homes to be financed by such charity to individuals using zero-interest loans. It amends Code Section 48-5-41 of the Official Code of Georgia Annotated by deleting “and” at the end of paragraph (14), by replacing the period with “; and” at the end of paragraph (15), and by adding a new paragraph.

If approved by a majority of the voters, the Act becomes effective on January 1, 2021, and applies to all tax years beginning on or after that date.

Georgia is recognized as a national leader in elections. It was the first state in the country to implement the trifecta of automatic voter registration, at least 16 days of early voting (which has been called the “gold standard”), and no excuse absentee voting. Georgia continues to set records for voter turnout and election participation, seeing the largest increase in average turnout of any other state in the 2018 midterm election and record primary turnout in 2020, with over 1.1 million absentee by mail voters and over 1.2 million in-person voters utilizing Georgia’s new, secure, paper ballot voting system