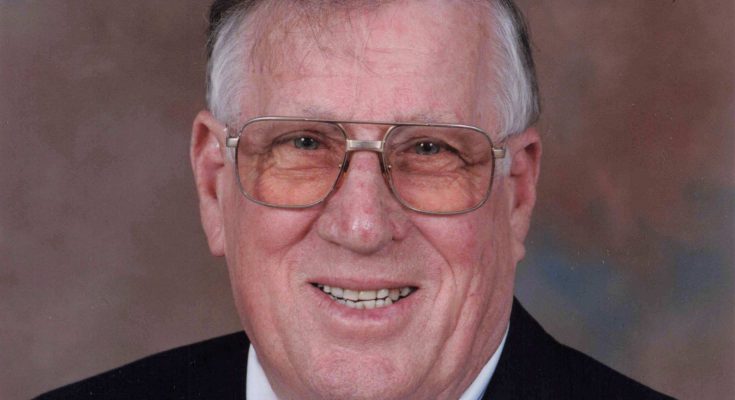 Murry Lanier (Buddy) Hornsby, 91, passed away on Saturday, September 5, 2020, at his home in Bainbridge surrounded by his family after a lengthy illness.

He was born on June 7, 1929, to Maurice and Mildred Arnett Hornsby at their home near Iron City, Georgia. As their oldest son, Buddy learned the value of hard work on the family farm at an early age, which he carried throughout his life. He graduated from Seminole County High School in 1946. He learned to farm and acquired trade skills helping his father build and repair houses for family and friends.

Buddy married Maxie Pollock Hornsby in 1948 and they made their first home in Miller County. They later moved to Bainbridge where Buddy worked with Southern Airways and Cliett Hardware Company. He opened his own Heating and Air Conditioning and electrical business in Bainbridge and installed and serviced most of the central air systems in new construction throughout the 1960’s.

When the new Vo-Tech division was built at Bainbridge High School in 1973, Buddy was hired to teach Decatur County’s first electrical training program. He enrolled in his first college courses at Georgia Southern University, the University of Georgia, and Valdosta State College to meet the required courses to become a Vo-Tech teacher. He was proud to teach his students work ethics and trade skills for their own successful careers.

As a skilled electrician, Buddy was hired by Miller Brewing Company in Albany in 1979 as a maintenance electrician. He won many awards for his innovative ideas and won “Quip of the Year” in 1984 for his cost-saving ideas. After his “first” retirement in 1993, he continued working for himself, raising cattle, growing pine trees, and building and remodeling houses. He retired at age 81 as a part-time building inspector for both the City of Bainbridge and Decatur County.

Buddy used his God-given talents to serve his Lord at First Baptist Church, Bainbridge where he was a member of the Baraca Sunday School class since 1952. He sang in the Chancel Choir for 30 years. He was honored to volunteer as Project Manager for the 2001 Renovation of the First Baptist Church sanctuary. He also was the building manager for several Habitat for Humanity houses in Decatur County.

Although Buddy’s idea of recreation was usually a work project, he also enjoyed spending time with his family. He was proud to watch his grandchildren, Sabrina, Drew, and Wade, grow and become responsible adults.

After his wife, Maxie, passed away in 1986, Buddy married Betty Jean Taylor and enjoyed traveling throughout the United States in his motor home. He cherished the cross-country trips he made with Maxie before her death.

Buddy was a 50-year member and past Worshipful Master of the Orion Masonic Lodge. He was a member of the Mounted Patrol on the Hasan Shrine Temple and always enjoyed riding his beloved horse, Chester Adams, in parades.

He is survived by his wife, Betty; his daughters Linda Hornsby Benford (Ron) of Jacksonville, Judi Hornsby Nichols (Bill) of Bainbridge, and Jan Hornsby Godwin of Attapulgus; his grandchildren Sabrina Nichols, Drew Godwin (Mandi), and Wade Godwin (Kaylee); his great-grandchildren Tyler Nichols, Ada Lanier Godwin, Luke Scott, and Asher Scott, his step-sons Craig Holt and Rodney Holt of Sarasota, and his brother Larry Hornsby of Iron City. He is preceded in death by his wife, Maxie, his parents, his sisters Marjorie Spooner, Carolyn Bridges, and Faye Whittaker, and his brothers Ray Hornsby and Phillip Hornsby.

A graveside funeral service will be held at 10:00 a.m. on Wednesday, September 9, 2020 at Oak City Cemetery with Rev. Chris Humphries officiating. Due to the ongoing concerns regarding the COVID-19 pandemic, those attending are asked to maintain the recommended safe social distancing of six feet and/or wear protective masks in accordance with the State of Georgia guidelines.

Online visitors may sign the guest register at www.iveyfuneral.com. In lieu of flowers, the family requests contributions be made to First Baptist Church, P. O. Box 155, Bainbridge, GA 39818 for the media min