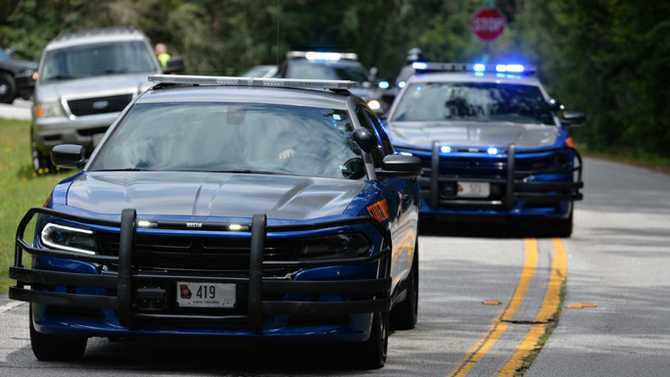 (ATLANTA)  Drivers who have been putting the pedal to the metal during the COVID-19 pandemic need to hit the brakes or expect to see blue lights in the rear view mirror when the “Operation Southern Shield” speed enforcement and awareness campaign begins Monday, July 20.

The southeastern regional campaign returns for a fourth year after reducing traffic deaths in Georgia in the first three years of the week-long enforcement period compared to the week before and after the enforcement effort.

This year’s “Southern Shield” campaign reinforces the message on the dangers of driving above the legal speed limit as fewer vehicles traveling on interstates and major highways during the pandemic have contributed to an increase in speeding in Georgia and across the United States.

“The sharp decrease in the number of people traveling on our roads during the pandemic has not led to a corresponding drop in the number of traffic deaths according to preliminary data from the Georgia Department of Transportation,” Governor’s Office of Highway Safety Director Allen Poole said.  “The increased speeding this year is further proof driving over the speed limit significantly increases your chances of being in a crash that results in severe or fatal injuries.”

Preliminary data from the Georgia Department of Transportation shows Southern Shield has saved lives in Georgia in the last three years.  When the campaign was held July 15-21 last year, the number of traffic deaths in Georgia was 29 percent lower in the final two weeks of the month compared to the first two. Seventy people were killed in traffic crashes from July 1-14 and 50 from July 15-29.

In Georgia, almost one out of every five traffic deaths in 2018 was due to speeding.  There were 267 speed-related fatalities in 2018, which was a 25 percent increase over a five-year period. According to NHTSA, speeding has been a factor in almost one-third of all motor vehicle fatalities in the last 20 years. In 2018, speeding killed 9,718 people nationwide.

“The objective this week is not to write tickets but to show everyone that driving the speed limit and with your focus on the road saves lives,” Poole said. “That is why Southern Shield has saved lives in its first three years. So many drivers were following the law because they knew state troopers and local law enforcement officers were on patrol. That is why traffic enforcement remains the most effective method to prevent people from being killed in traffic crashes.”

Those traveling in Georgia during Southern Shield week July 20-26 can expect to see state troopers, sheriff’s deputies and police officers enforcing all traffic laws. The goal will be to prevent crashes by stopping motorists who are endangering public safety on Georgia roads by speeding, driving distracted, driving under the influence of alcohol or drugs and other violations of the state’s traffic laws.

Deputy Administrator James Owens:
“First of all, I hope you and your families are safe and healthy.  NHTSA’s mission is to save lives, so traffic enforcement is at the heart of what we do.

Today, our Nation’s highways are less crowded.  For those who must travel during this unique time, an open road means quicker commutes, and that’s a good thing.  But it can also be tempting to drive too fast.  Less traffic has coincided with a rise in speeding in some areas and that’s a concern because speeding increases the risk of crashes and can increase crash severity as well, resulting in more major injuries and deaths.
NHTSA estimates that in 2018, 36,560 of our fellow Americans were killed in all traffic crashes. Of these, approximately a quarter were speed-related.  Traffic enforcement is a proven, evidence-based countermeasure to avoid this tragic and largely preventable loss of life.
And that’s why Alabama, Georgia, Florida, South Carolina and Tennessee have joined together for the last three years to participate in Operation Southern Shield.  Operation Southern Shield is a week-long multi-jurisdictional effort that focuses on reducing speed.
As traffic increases and congestion returns, let’s remember to practice patience. Each of us will have to be diligent when we all start going back to work and sharing the road again.  We all have a role to play in promoting our Nation’s traffic safety, just as we are doing in promoting our Nation’s public health.
I also want to take a moment to remind all motorists that every State has a “Move Over” law.  When you see a law enforcement vehicle stopped with emergency lights on, please remember to slow down and, when safe and possible to do so, move over a lane.  It’s not only the right thing to do, it’s the law.  Let’s protect the lives of those who are sworn to protect ours.
Our shared goal is to save lives.  Please join us in reminding all drivers to be alert, to watch for speed limit signs, and to obey those signs–especially in school zones, residential neighborhoods, and on secondary roads.

And to our law enforcement partners, thank you for your service, your sacrifice and your courage.  Traffic safety saves lives and we support you.  Be safe out there.  Thank you very much.”

Allen Poole:
Cut 1:  “In the week of Southern Shield, we have always seen a drop in accidents and fatalities.  However during this pandemic, you would think that by traffic being 50 percent less on the roads, you would also think that would cause a 50 percent drop in fatalities.  However, that is not true because of the fact with less vehicles on the road, people tend to speed well over the speed limit.”

Cut 2:  “Being the Director of the Governor’s Office of HIghway Safety for the past year and a half when we have effective law enforcement campaigns, we have the data to prove that ifyou wear your seat belt, if you abide by the speed limit and you are not distracted, we believe that we can lower the number of crashes, injuries and fatalities on our roadways.”

Cut 3:  “So, I just implore you from the bottom of my heart to pay attention, don’t be distracted and drive the speed limit.  The data shows that those crashes, injuries and fatalities can be reduced.” 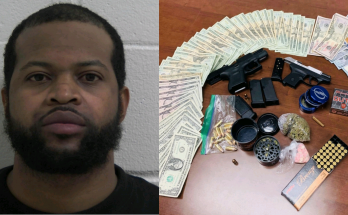