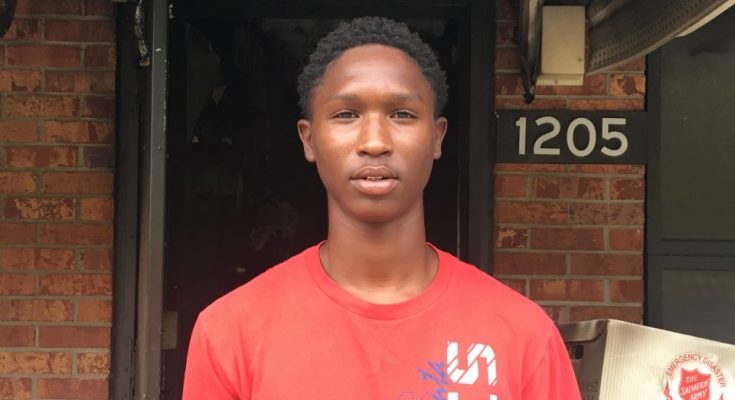 On the morning of Tuesday, June 2nd around 11am, an E911 call was dispatched in reference to a structure fire at 1205 Water Street. When Bainbridge Public Safety arrived on scene, they saw smoke billowing from the building.

According to witnesses, neighbors noticed smoke coming from the residential building across the street. Tanisha Rivers yelled for her teenage son, 18 year old Chianti Bryant, to run over to check on the occupants who they thought might be still inside and unaware of the immediate danger. As Chianti approached the burning building, he found the front door to be locked so he banged and kicked the door as hard and as loud as he could.

After a moment, he caught a glimpse of Mr. Calvin Oneal James through the front window. Mr. James unlocked the door and Chianti was able to help him get out of the smoke-filled apartment. He then re-entered the building in an attempt to locate additional occupants. He found Mr. James’s 16 year old daughter trapped in a back bedroom, as well as an 18 year old male still inside. They had been asleep and were disoriented by the smoke when they were awakened by Chianti. Chianti was able to assist both teens in getting out of the burning structure and to safety. Mrs. James was not at home at the time of the fire.

Moments after successfully rescuing all three persons, and just as first responders were arriving at the scene, Chianti collapsed on the grass just outside of the structure. He was immediately assisted by EMS and transported to Memorial Hospital where he was treated for smoke inhalation and later released.