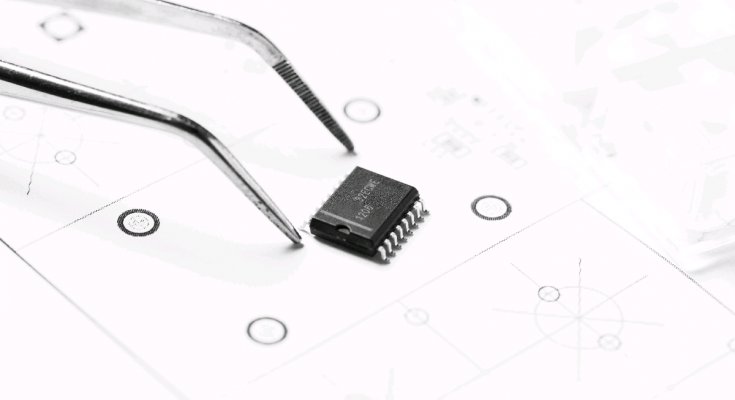 The Bible (KJV) says, “And he causeth all, both small and great, rich and poor, free and bond, to receive a mark in their right hand, or in their foreheads: and that no man might buy or sell, save he that had the mark, or the name of the beast, or the number of his name. Here is wisdom. Let him that hath understanding count the number of the beast: for it is the number of a man; and his number is Six hundred threescore and six” (Rev.13:16-18).

In this text the Antichrist is at the height of his rule in the Tribulation period, after the Rapture of the church, as the ruler of the one-world government. He has power over “all kindreds, and tongues, and nations” (v.7). His image is worshiped by all under the threat of death should they refuse (v.15).

The mark of the beast will be a must if one is to make any sort of financial transaction and be a vibrant part of society during the Tribulation. This mark is received willingly.

The mark of the beast is a mark that identifies all the recipients as the property or slaves of the beast.  To worship the beast and receive his mark is to seal one’s destiny in Hell (14: 9-10).

The mark of the beast will not be a brand, nor a visible tattoo. The mark will be a microchip implanted under the skin either in the right hand or forehead. In the microchip would be personal data and a number for identifying the individual, with the prefix or suffix numbers being 666. The microchip would also include the routing number and account number to their checking. The information in this chip will be read by a scanner, much like a bar code is read now. And this will be the day of a cash-less society.

That the number 666 means something we can be sure by our text. A study of numbers in the Bible gives us the significance and meaning of numbers.

Seven is the number of spiritual perfection. Eight is the number associated with Resurrection, and the new beginning of a new era or order. The gematria calculates the letters in the word Jesus to the value of 888.

The number 666 has significance in that it was used by the ancient pagan occult with the worship of Satan. One thing is for certain about the number 666, and that is that the triple 6 marks the beginning of unbelieving man’s united opposition to God in the person of Antichrist.

The Mark of the Beast

After Christ has Raptured His church away,
The Tribulation will begin.
Then violence, crime, hatred, and hell,
Will plague the earth as judgment begins.
♢
Then Satan’s man the Antichrist,
Reign of terror will begin.
The horrors men face during this time,
Men haven’t seen nor will see again.
♢
The Antichrist will think he’s God,
And tell the world that he is God.
All then will bow and worship his image,
Except those who know the only true God.
♢
The Beast will have a number,
And 666 is what it will be.
It describes perfect imperfection,
A perfect rebel against God you see.
♢
With his number men will be marked,
In their right hand or their forehead.
Men won’t be able to sell or buy,
Yet the saved will choose to suffer instead.
♢
Those who receive the mark of the Beast,
And worship before his image.
The Bible says their destiny’s sealed,
And in Hell will dwell their personage.
♢
The number 666 is used in the occult,
With the worship they give to Satan.
This number will mark a new beginning,
Of a revolt against God led by Satan.
♢
The revolt will fail, and the rebels are judged,
And cast with the Beast into Hell.
The millennial reign of Christ then begins,
When the people never had it so well.
James H. Cagle