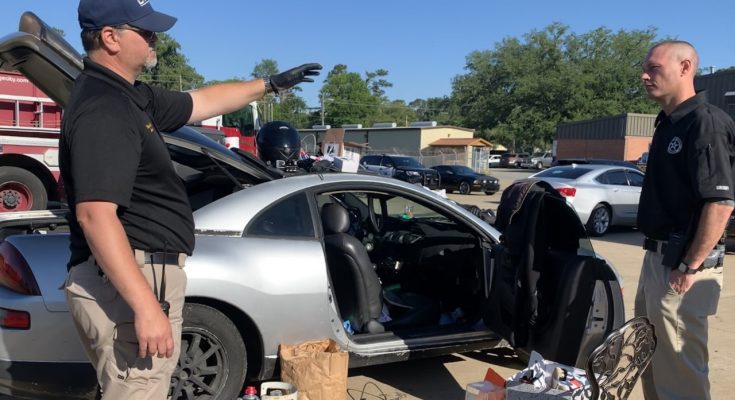 On the morning of Friday, May 1st around 5:30am, Bainbridge Public Safety officers were dispatched to an address on Mimosa Lane in reference to a stolen vehicle. Upon arrival, officers were told that the homeowner was awakened to find an unknown male subject sitting inside of his Dodge truck parked in the driveway.

As the homeowner was calling E911 to report the incident, the male subject was able to start the truck and drive out of the driveway. The homeowner used his other vehicle to follow the thief as he proceeded down Mimosa Lane headed toward Crawford Road. When the driver realized he was being followed, he stopped, jumped out, and ran into a wooded area.

When officers arrived on scene, they spoke with a neighbor who stated that he had been awakened by the barking of his dogs. He noticed a silver car driving slowly down Mimosa Lane with the headlights off. He watched as the car pulled into his neighbor’s driveway and then circled all the way around to the back of their house. He immediately alerted his neighbor by phone, prompting him to look outside and see the male subject sitting inside of his truck.

Bainbridge Public Safety Investigator Chris Jordan arrived on scene and observed a silver Mitsubishi Eclipse parked in the backyard of a residence on Mimosa Lane. Officers told Jordan that the car was found with the engine running, the hatch up, and driver’s door wide open. As Jordan searched the interior of the car, he located a wallet with a driver’s license, as well as numerous miscellaneous items which appeared to be stolen property. Jordan showed the photo on the license to the homeowner and he positively identified the man in the photo, Logan Isidro Ililau, as the one who had stolen his truck out of his driveway.

Using information about where Ililau was living, officers proceeded to his residence on Louise Street to see if he had returned there following the theft. When they arrived, they noticed a blue Mazda truck in the driveway. They ran the tag number and discovered that the truck was registered to someone who lived on Crawford Road. Officers surrounded the Louise Street residence and through a window, spotted Illilau inside the house. After several attempts to get Ililau to the door, he reluctantly came out and was taken into custody.

Investigator Jordan determined that after Ililau stole the first truck (Dodge) and escaped on foot, he had located another truck (Mazda) in the area and proceeded to steal it. Leaving his personal vehicle in the backyard of the residence on Mimosa Lane, Ililau used the Mazda truck to drive back to his residence on Louise Street. Both trucks involved in the early morning thefts were returned to their rightful owners, and Ililau’s car was towed to Bainbridge Public Safety.

With the help of Decatur County Sheriff’s Department Investigator Adam Mobley, the items recovered from inside of Ililau’s car were inventoried and photographed. Several of the recovered items were found to have been stolen during the late night/early morning hours of May 1st from porches and carports of residences located on West Street. 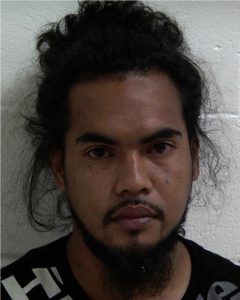 Investigators Jordan and Mobley are working tirelessly to find the rightful owners of the stolen items found inside Ililau’s car. Anyone who believes that Ililau may have stolen from them and is missing items from their vehicle or residence can contact Investigator Jordan at chrisj@bainbridgecity.com or by calling 229-248-2038.