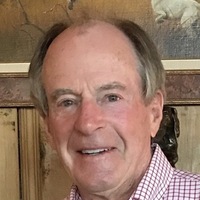 Due to the ongoing concerns regarding the COVID-19 pandemic, a private graveside service will be held at Highlands Memorial Park in Highlands, NC.  A celebration of Paul’s life will be scheduled on a later date.  Online visitors may sign the guest register at www.iveyfuneral.com.

Paul Hines Trulock, III was born on May 20, 1943 in Thomasville, GA to Margretta and Paul Trulock, Jr.  He was fortunate to grow up in Climax, Ga where he attended elementary and middle school before graduating in from Bainbridge High School in 1961.  Paul’s education continued at the University of Georgia, where he graduated with honors in 1965 with a Bachelor of Science in Agriculture.  While attending the University, Paul began a career of leadership by serving as EA of Sigma Alpha Epsilon Fraternity.

Following graduation, Paul continued his education with a move to California to broaden his knowledge and experience by working in agriculture.  He returned to Climax in 1968 and began running the family farms with his father.

Paul purchased Farmer’s Peanut Company in Whigham, Ga and built it into a successful company until his retirement.  His experience in agriculture gave him the skill set to serve as one of the founders and President of SOWEGA Cotton Gin, and as President of the Georgia Farm Bureau Young Farmers Committee.

Politics stirred in Paul’s heart and he took an active role in the Peanut Brigade to elect Jimmy Carter as President.  Paul was a “liberal conservative” – – liberal in his desire to help all underprivileged people, and conservative in not wanting to waste resources to accomplish worthwhile goals.

Seeing the need for housing in his native area, and following in the footsteps of President Jimmy Carter, Paul worked on the committee to found the Decatur County Habitat for Humanity in 1989.  Since its’ inception Habitat in Decatur County has built numerous houses for people in need.

In 1980 Paul ran for the Georgia State Senate and was elected and sworn into office January 12, 1981.  He served the people of the 10th district for three terms until he retired in 1986. While serving in the legislature, Paul’s greatest accomplishment was meeting the love of his life, Diane Griffith Johnson. The two were happily married in 1985.

Paul took delight in many extracurricular activities that took him to the borders of Decatur County and beyond.  Aside from burning woods in the spring, Paul loved bird hunting more than any other outdoor activity.  It is believed that Paul holds the Decatur County record for “relocating” the most predators to protect the precious quail population.  Bird hunting was not limited to Decatur County but took him to exotic places like Iowa, Texas, Arizona, Oregon, Idaho, Mexico, Bolivia, Uruguay, Columbia and Canada. But it’s Paul’s turkey hunting adventures that are the stuff of which legends are made. Stories are recounted whenever hunters have the opportunity to meet, greet, and eat. Paul’s humor was always colorful. He never missed an opportunity laugh at himself or with you over his jokes and great stories.

Paul and Diane made opportunities to expand their horizons by traveling extensively throughout their 35 years of marriage.  China, Russia, and most recently France, were among the pinpoints on the globe that the two enjoyed together.  Their most favorite place to settle when away from Climax was Highlands, NC.  In 1997, he and Diane purchased a home in Highlands and began spending their summers there.  Paul was a collector of people, their names, and soon, their friendship.  As a true SOWEGA Ambassador to North Carolina, he seldom forgot a name and he never forgot a friend!

During his summers in Highlands, Paul especially loved to spend time on the golf course.  His style was unique and could be compared to his idol Jack Nicholson much more than Jack Nicholas.  Nevertheless, he never gave up his attempts at greatness on the links.