Mrs. Janet T. Harrell of Bainbridge, GA died peacefully in the early morning of Thursday, March 19, 2020 in her residence, surrounded by the love of her family.

Janet was preceded in death by her parents, Mr. Harvey and Mrs. Maggie Tanner and her beloved brother-in-law and sister, Mr. Joe and Mrs. Margaret Day, all of Douglas, GA, and of course by her devoted husband of 46 years, Jimmy W. Harrell.

Many might say that Janet’s benevolent and affable demeanor was the result of her humble beginnings in life, a life that began in Douglas, GA. Her father worked tirelessly to provide for his family and her mother’s wit, devotion, and resourcefulness as a housewife showed through beautifully hand sewn formal dresses for her daughters, savory family recipes that would be passed down for generations, and lessons in Southern etiquette (often reminded through rhyme or song, also passed down for generations).  Janet grew up right, and she grew up loved.

Janet fell in love with Jimmy Harrell during their time spent together at Florida State University, and they married on March 30th, 1957 and settled in Bainbridge, GA. Many people who knew Jimmy later in life knew him as a successful entrepreneur in the oil and convenience store industry and Janet as his doting wife, but many people do not know that this business endeavor began as a young couple- he pumping gas outside his first store, and his wife cleaning the restrooms inside.  Janet quietly, but fiercely held up the back of Jimmy Harrell as he rose to success with his branding of Southwest Georgia Oil Company and Inland Food Stores, all while holding the hands of their three young children, passing along lessons in Southern etiquette, hard work, and wit that her own mother had instilled in her.

Janet loved life and she lived it fully. She and Jimmy travelled the world together off and on throughout their lives, but two of their most favorite places to spend time was either at a Florida State Football game, or at their beach house on 41st St at Mexico Beach. While Jimmy would take out the kids, and then grandkids deep sea fishing on the “Inland I” Janet could be found back at the beach house watching babies swim in a kiddie pool, preparing mountains of tuna fish salad and peanut butter and jelly sandwiches, and chuckling to the folks out at sea through the CB radio. This matriarch prepared dinner each Sunday night for her family, even as it grew upwards to 32 people, and she spoiled her family absolutely rotten on her most favorite holiday- Christmas- even as it grew upwards to 32 people. In the lives of her kids, grandkids, and even great-grandkids, she celebrated each sports feat, each birthday, each graduation, each engagement, each wedding, each pregnancy, and each new baby as if it were the most beautiful and meaningful event in her life, which took great skill, time, and love with a family as large as hers.

Janet also had a circle of friends whom she loved fiercely; so much so that her grandchildren had such a difficult time differentiating her friends from relatives that they eventually gave up and used the terms “Aunt” and “Uncle” for some. She adored her friends.

Janet maintained the class of a true, Southern lady throughout her life, yet she was also quick to laugh at a grandchild’s inappropriate joke. She loved unconditionally, and was always approachable to her kids and grandkids. Her hand was firm and it kept the younger ones in line, but was usually not necessarily because no one wanted to disappoint Gran Jan. She had a way of telling you concisely what was on her mind- good or bad- but in a heartfelt and constructive way full of love and without judgement. She gave generously to her community, family, and friends. She will be missed by all that knew her, but most especially by “her entourage”.

Due to the COVID-19 pandemic, there will be a private family service on Friday, March 20, 2020. A public Celebration of Life for all family and friends will be scheduled at a later date. In lieu of flowers, memorial donations may be made to The Family of Cloud Kirbo, 907 Elizabeth Place, Bainbridge, GA 39819 or Friends Ministries, P. O. Box 513, Bainbridge, GA 39818. 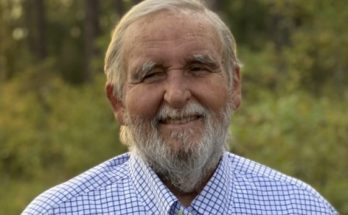 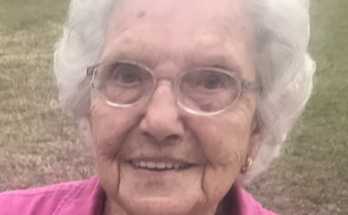 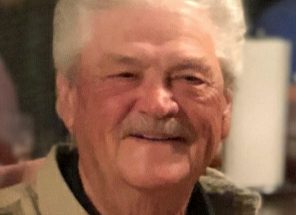