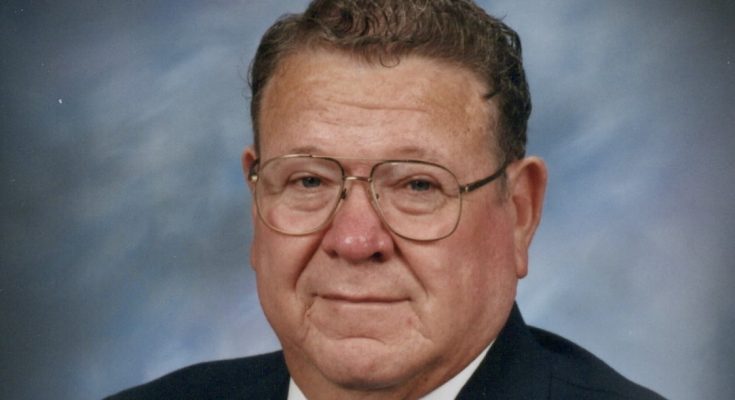 The funeral service will be held at 11:00 AM on Saturday, March 14, 2020 at First Baptist Church Bainbridge with Rev. Mark McAndrew (grandson) and Rev. Chris Humphries officiating. Honorary Pallbearers include Baraca Sunday School class, the Gideons, and Sowega Sam. Burial will follow at Parrott City Cemetery at 3:30PM.

Memorial donations may be made to Gideons International P.O. Box 38, Bainbridge 39818 or to the Audio- Visual Ministry of First Baptist Church P.O. Box 155 Bainbridge.

He was a graduate of Terrell County High School class of 1955. He served in the Navy during the Korean conflict as an electrician second class aboard the USS Cavallaro. He was stationed on the West Coast. Aboard ship he went to Japan, Honolulu, South Korea, Hong Kong, and the Philippines. Then he was stationed at Mine Defense Lab in Panama City, Florida. After serving five years in the military, he worked as a deputy for Bay County Sheriff’s department. He was employed at Texaco and moved to Bainbridge in 1965. Later he was owner of Hooten Candy Co. After retirement his hobbies were repairing clocks and playing his fiddle for bluegrass, country, and gospel bands. He played at Georgia Mountain Fair in July and Georgia Mountain Festival in Hiawassee for over 30 years.

Harold was a certified Memphis-in-May barbecue judge, active in camping clubs: Bounder, and Good Sam (Sowega chapter). He traveled throughout the United States (all but six states) and Canada with his wife Carolyn in their motor home.

He was an active member of First Baptist Church Bainbridge and served as a Deacon and member of Baraca Sunday School class.

He was involved with the Gideon ministry, a Salvation Army Board member and a Boy Scouts Leader.