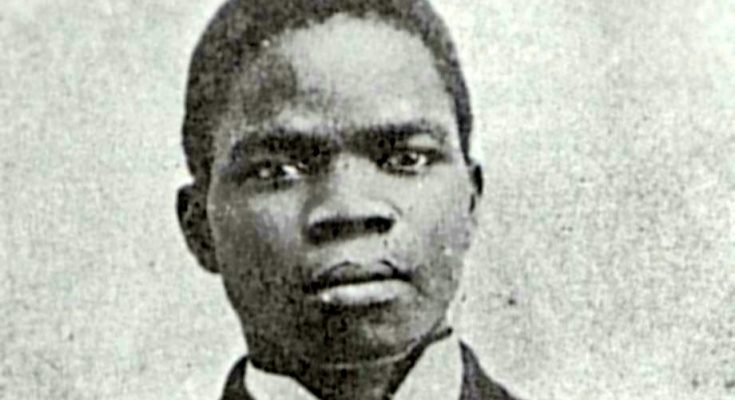 Samuel Morris was born Kaboo, an African prince to a tribal chieftain on the Ivory Coast in 1872.  As a boy of 15 after being subject to torture by an enemy tribe he miraculously escaped and made his way to Liberia.  There after hearing the Gospel of Jesus Christ, he was saved and gave his life to Christ.

Samuel Morris then sought to carry the Gospel back to his own people.  With help from the missionaries he eventually made his way to Taylor University in Fort Wayne Indiana.  But along the way, because of his saintly life and love for God and desire to win others to Him, he was able to win the ungodly ships crew to Christ and make a impact that changed forever the lives of prominent church leaders and educators.

While traveling with Stephen Merritt, a renowned preacher of New York, as he showed him all the attractive places in the city, Samuel asked Mr. Merritt if he had ever prayed while riding in a carriage?  Mr. Merritt said no.  Samuel then began to pray and prayed, “Father, I came to America to see Stephen Merritt, so I could talk to him about the Holy Ghost.  He shows me the harbors, the churches, the banks and other large buildings, but says nothing to me about this Spirit I want to know more about.  Fill him with Thyself, so that he will not think, talk, write or preach about anything else.” It was said of Mr. Merritt, after Samuel prayed for him that, “In all the former years of his religious life, never had the presence of the Holy Spirit been so real to Stephen Merritt, as when this African youth, his soul aflame with the love of God, prayed for him.  And from that time, he was a changed man, and his ministerial friends caught a vision of holiness they never before had seen.”

Samuel Morris’ godly life and simple faith in God had a great impact on Dr. Reade, president of the Taylor University as well as the student body.  God also used Samuel to bring revival to the church he attended in Wayne Indiana.

Samuel Morris died at the age of 21 in 1893.  He never returned to Africa with the gospel message to win his own people to Christ.   But because of his life of consecration to his Savior and his godly influence on the lives of others, soon after his death many rose up in his place to take the gospel message back to his people.

Sammy’s last resting place in Linden Wood Cemetery in Fort Wayne, Indiana, has become a “Mecca” for many of both the white and black races.  The sacred influence of the Holy Spirit seems to linger around the spot, and conversions there have not been unusual.

Samuel Morris, a young black man whose soul was aflame with the love of God and who, for the six short years from the time of his conversion to his death was able to touch and make a difference in literally thousands of lives.

February is Black History month,
When we celebrate a race,
Its greatness and achievements,
Won amidst struggles they had to face.
We recognize their many leaders,
Some who risked their very life,
To fight against oppression,
And put an end to the racial strife.
We highlight their accomplishments,
Their scientist and educators,
Their ministers and doctors,
Their soldiers and their senators.
For their history tells a story,
Of ones though cruelly oppressed,
And treated so indignantly,
Fought and won a mighty conquest.
They fought for their civil rights,
For Americans they knew they were to.
They fought against segregation,
And their freedoms long overdue.
In this month we recall their pain,
And how they suffered such needless shame.
Though  many thought them not their equal,
The Bible tells us we are all the same.
Yes, we celebrate their victories,
How they triumphed and overcame,
The prejudice and unfairness,
All the killings and the flames.
Yes, we have much to celebrate,
When we see from where they’ve come.
When we see the awful price they paid,
To defeat the racial syndrome.
For they rose up out of bondage,
To reside in the White House,
They rose up out of darkness,
To the honor they now espouse.
James H. Cagle