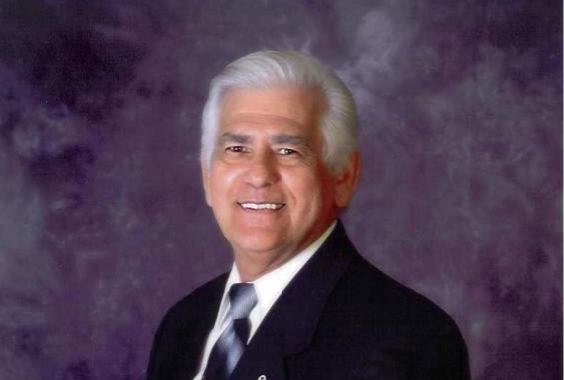 The funeral service will be held at 11:00 a.m. on Saturday, February 8, 2020 at Ivey Funeral Home Chapel with Mr. David Lawson officiating. Interment will be at Roselawn Memory Gardens.

The family will receive friends immediately following the service. Online visitors may sign the guest register at www.iveyfuneral.com. In lieu of flowers, memorial contributions may be made to Bainbridge-Decatur County Humane Society, 1250 Cox Avenue, Bainbridge, GA 39819.

Joseph Anthony Bailey was born January 3, 1937 in Cayey, Puerto Rico, the son of Paul Collier Bailey and Dannielle Grace Rivera Bailey. After high school, Joe proudly served his country in the United States Marine Corps including during the Vietnam War. He lived all over the world during his twenty-one plus year career in the Corps. Prior to moving to southwest Georgia, where he was last stationed in Albany at the Marine Corps Logistics Base, Joe lived many years in Pennsylvania. (But after moving to southwest Georgia, he swore it was the best place to be.)

With a Corps mindset, he felt the need to work well beyond his retirement and became the production control manager for ITT.

Joe was an outdoorsman who especially enjoyed shooting and hunting. He restored old automobiles with his favorite model being the Ford Mustang. Joe was hard core. He was strong, smart and witty. He loved BIG and taught his children to do the same. Joe didn’t mince words…he told you exactly what was on his mind with no filter. He left no task undone and always had a nugget of wit & wisdom to share.

Survivors include his children, Joseph Anthony Bailey II and his wife, Dina, of Camarillo, CA and Teresa Marie Bailey of Bainbridge, GA; his granddaughter, Christina Marie Bailey; and his furry friend and faithful companion, Cujo. In addition to his parents, Joe was preceded in death by his wife, Rosemary Bailey.