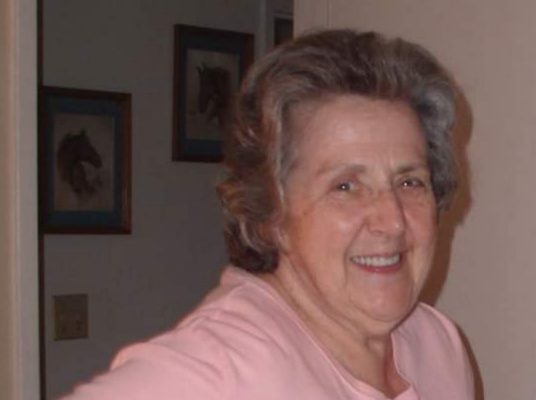 The funeral service will be held at 11:00 a.m. on Monday, February 10, 2020 at Trinity Baptist Church with Rev. Brett Ellinburg. Interment will be at Oak City Cemetery.

The family will receive friends from 4:00 to 5:30 p.m. on Sunday, February 9, 2020 at Ivey Funeral Home. Online visitors may sign the guest register at www.iveyfuneral.com. Memorial contributions may be made to Trinity Baptist Church, P. O. Box 1525, Bainbridge, GA 39818.

Dorothy Nell Knight was born October 1, 1937 in Bainbridge, GA, the daughter of Thurman Lawrence Knight, Sr. and Annie Ethel Alford Knight. She was a graduate of Bainbridge High School and member of Trinity Baptist Church. Dorothy was married to Richard Eugene Harter, who preceded her in death. She spent her days serving as a Navy wife living in duty stations along the East Coast. In 1997, Dorothy returned to Bainbridge.

Beautiful flowers and a healthy garden were evidence of the green thumb Dorothy was known for. Her favorite indoor activities were sewing and completing word find puzzles. Dorothy was an excellent cook, rarely using a recipe, so her “secret sauce” was just dash of this and a pinch of that. She spent time reading her Bible daily and lived her faith without abandon. Her legacy includes what she considered her most magnificent blooms, her grandchildren.

Survivors include her children, Debbie Harter of Bainbridge, GA and Rick Harter of Brinson, GA; her sister, Ethel King, also of Bainbridge; her grandchildren, Niki Boyett, Stephanie Malcolm and Rebecca Harter; and her great-grandchildren, Bentley, Brody, Leila, Rylee and Isabella. In addition to her husband, Dorothy was preceded in death by her parents; and her siblings, T.L. Knight, Jr., Charles Knight and Jessie Knight.