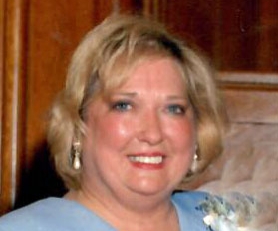 Mrs. Phyllis Annette Brock Newton, age 75, passed away January 2, 2020 at Augusta University Medical Center in Augusta, Georgia.  Services for Mrs. Newton will be held Monday, January 6, 11:00 am, at the Cadwell Chapel of Cox Funeral Home.  Rev. Marty Brock will be officiating.  Interment will follow in Prosperity Primitive Baptist Church Cemetery.  Ryan Brock, Brannon Brock, Zach Brock, Lance Williamson, Brad Williamson, and Will Mothershead will serve as pallbearers.  The family will receive friends one hour before the service, beginning at 10:00.

Phyllis Annette Brock was born December 27, 1944 in Bainbridge, Georgia.  Her parents, Clayton Brock and Orian Harrell Brock, have preceded her in death.  Phyllis married the love of her life, Alton J. Newton, Jr.  They were married 44 years.  Al died April 20, 2016.  Phyllis was a talented cosmetologist.   She and Al were the proud parents of a daughter, Allison.  Phyllis was a doting mother and deeply loved her daughter and grandchildren.  She was unselfish and very generous.  Phyllis Newton will be missed by her family and many friends.

2 Comments on “Phyllis A. Brock Newton”