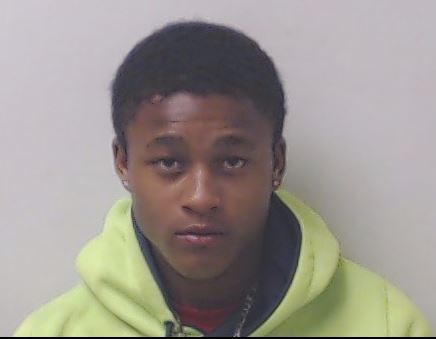 Since the first of the year, Bainbridge Public Safety officers have responded to numerous reports of “Entering Autos.” In several of these cases, security videos showed three black males around the vehicles which were broken into. Information provided by witnesses also stated that two or three black males had been seen walking or riding bicycles together in the areas where entering autos had just occurred.

On Tuesday, January 7th, Public Safety officers were notified of an “Entering Auto” complaint on Mitchell Street. Officers John Walker and Kyle Wilford responded to the area and immediately made contact with two black males walking on Gordon Avenue. One of the subjects, identified as Terriquon Dontavious Ray, was found to be in possession of a handgun. A check was run on the firearm and it came back as having been stolen during an entering auto incident just a few days prior. Ray, age 17, was arrested and charged with Theft by Receiving Stolen Property (Felony), Possession of a Pistol/Revolver by Person Under 18, and Carrying a Weapon Without a License. 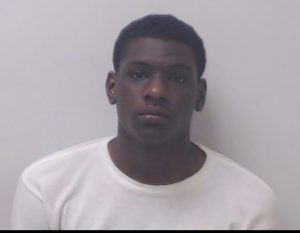 The second subject, identified as Tremaine Aduise Crump, was brought to Public Safety Headquarters for questioning by Investigator Chris Jordan. Crump, age 17, admitted his participation in multiple entering auto incidents. He was arrested and charged with six counts of Entering Auto with Intent to Commit Theft (Felony). 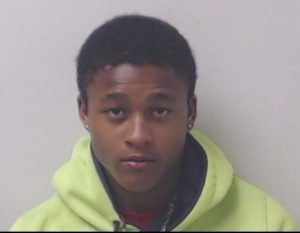 During the investigation, a third subject was identified as Terry Leon Graham. He was brought to Public Safety Headquarters for questioning, and admitted that he was involved with Ray and Crump in numerous entering autos incidents. Graham, age 26, was arrested and charged with six counts of Entering Auto with Intent to Commit Theft (Felony). 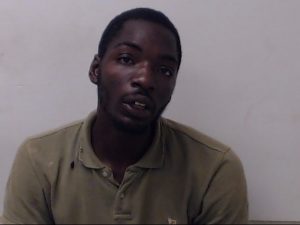 Following the interviews and subsequent arrests, a stolen shotgun was located at Crump’s residence. Four additional firearms, including two handguns which were discovered inside a storage shed on Collier Street, have been recovered.

Six additional counts of Entering Auto with Intent to Commit Theft (Felony) have been brought against Terriquon Dontavious Ray for his involvement in the thefts. The investigation is still active and additional charges may be forthcoming.

An assortment of items have been recovered from vehicle break-ins and Investigator Jordan is in the process of returning property to the rightful owners. Anyone who has recently had items stolen out of their vehicles is asked to make contact with Investigator Chris Jordan by calling 229-248-2038 or emailing him at chrisj@bainbridgecity.com.

Investigator Jordan urges citizens to always lock the doors to their vehicles, at home or away. He stated, “Citizens have the power to prevent vehicle break-ins from happening. Keep doors locked at all times, especially if firearms are present. It can be extremely dangerous for our community when firearms to fall into the hands of criminals.”