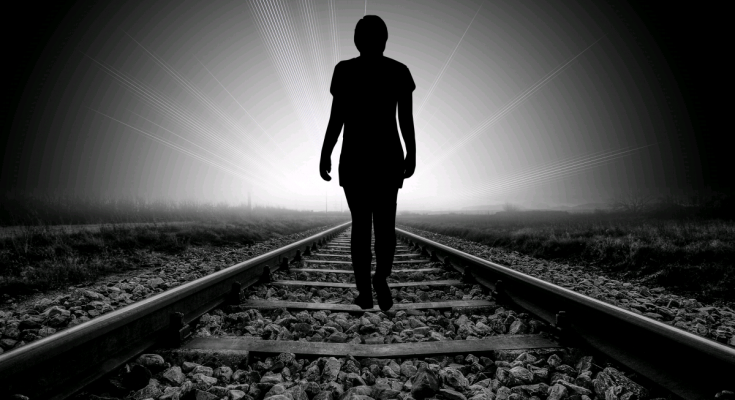 An event is defined as “a thing which arrives, occurs, happens or takes place on an occasion.”

Death should be viewed as an event that takes place in our life rather than the final event that ends our life.

We prepare for and attend events throughout our life. We go to church, political, school, and sporting events. One event ends and we attend another and then another. Events are a big part of our life and take up a lot of time.

Death, not the lengthy process of dying that some suffer through before they actually die, is the shortest event we will ever experience. The moment this event begins here it ends there in eternity.

Death is that one last event in this life that brings us to the very first event in the next life. Death, because it is an event, is not a termination of life but a continuation of life. Death is that event that brings us to the portal where we leave behind our brief existence on earth to enter an existence that will be eternal.

Death is that one event that will eventually come to all. But in the event of the Rapture, the Christian will escape death, and be transported into eternity in the presence of Jesus Christ.

In the event that one is lost at the time of the Rapture, and is therefore left behind on earth, they will experience the disastrous, catastrophic, and painful events that will unfold during the Tribulation period.

All the events of world history have been part of God’s eternal plan. He knew before the foundation of the world that His Son Jesus would eventually die on Calvary for sinful man. And how men viewed that event and the death of His Son, while they are yet living, would determine in the event of their death where they would spend eternity.

Our Nation’s At War

Lord, help us see our nation’s at war and we must rise to protect our shores;
Wake us from our contented state and help us to see that the time is late;
That the judgment of our country is coming due if we don’t repent and return to you.
Lord, lead us by Thy Almighty hand, for the enemy of America we must withstand:
The foes of Justice, Truth, and Light; they that would make what’s wrong seem right,
And would tell us that darkness is the same as light, by thy grace and power must be put to flight.
Lord, help us preserve our nation with Truth, to remember again the love of our youth;
While seeking to worship our Savior and King, we left our homeland and took to our wings.
With our freedom we flew across the dark foam, Thy Word as our standard, we began our new home.
We must not forget our father’s faith now, who fought for our liberty and would not bow,
Until the greatest nation in all the earth, for Truth and Righteousness, God brought to birth.
And gave us a heart to be governed by God, to make us a people, “One nation under God.”
But the enemies of Christ from other lands, have joined hands with their like in our land.
They seek to destroy our nations foundation, and enact laws to our devastation.
Laws that won’t honor our human rights, and will plunge our nation into darkest night.
They’ll do away with our beloved Constitution, and start a severe religious persecution.
They cannot do this by power and might, but by making people believe their wrong is right.
While politicians fight for their personal agenda, they’re quietly finalizing their addenda.
They came here to destroy us from within, and hate the Americans whose vote helped them win.
Our freedoms and liberties they do not love, but use them to further their plans thereof.
If their plans are fulfilled we’ll all be slaves, in the “land of the free and the home of the brave.”
Lord, help us see our battles can be won, if every Christian their race would run;
If each, would rise from their bed of ease to find God’s power again on their knees;
For it is the Lord that is on our side, that calls us to revive and resist sin’s tide.
Oh Lord, now help me stand in the gap, where the swords of Truth and Wickedness clap.
Give me the strength I need to prevail.  For the sake of others let me not fail.
I will do my best to make up the hedge.  For your cause, O Lord, my life I now pledge.
For the Soul of America, I will join the fight; I will stand up for Truth and Right;
I will follow the path that is true to God’s Word, ‘til my Savior’s call to come home is heard.
Then  may I say, when I kneel in His sight, “For God and Country, I have fought a good fight.”James H.  Cagle