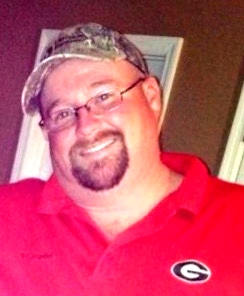 The family will receive friends from 6:00 to 7:30 p.m. on Saturday, December 28, 2019, at Ivey Funeral Home. Online visitors may sign the guest register at www.iveyfuneral.com.

Robert Starling Sapp was born October 1, 1979, in Bainbridge, GA, the son of Robert Russell Sapp and Martha Jane Odom Avery. Robby was a family man with a heart of gold. He loved spending time with his children. They spent countless hours together, bonding on the river catching fish or in the woods hunting their next big deer. Robby was of Baptist faith.

Robby’s passion was being a truck driver. He enjoyed being on the road and visiting so many different places. When he wasn’t behind the wheel of a big rig, he was burning up the road on his favorite motorcycle. You better believe that Robby lived life to the fullest.

Survivors include his sons, Michael Sapp and Issac Reiley; his brother, Sammy and Phylicia Sapp; his mother, Martha Avery; his grandmother, Josephine Odom; his nephew, Kale Lambert; his niece, Karolina Sapp; his aunts, Patsy Rentz, Teresa and Chris Jordan, and Alicia & Rusty Cone; and many cousins he cherished and loved. Robby was preceded in death by his grandfather, Starling Odom; and his uncles, Jerome Rentz and Ladon Odom; and his step-father, Larry Avery.