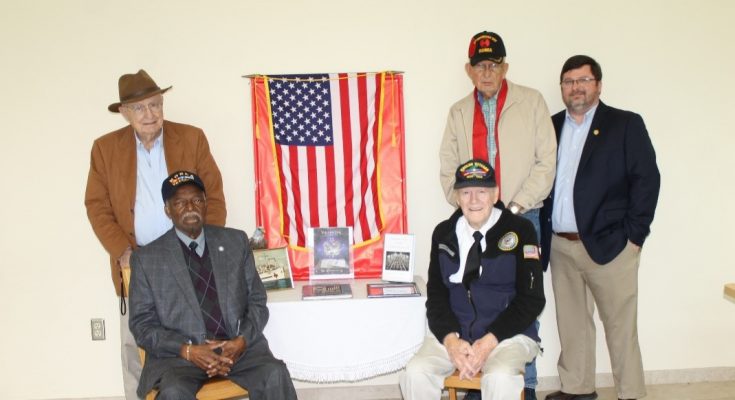 “Korea Reborn: A Grateful Nation Honors War Veterans for More Than 60 Years of Growth” is a colorful, commemorative book published with cooperation from the Republic of Korea, Hyundai Motor America, and the United States of America.  Hyundai gave two copies to the library, where one copy is available for general circulation, and the other is kept in archives for others to sign.

Kaye Guterman of the library staff created the display for the book, and Belcher brought a picture of the ship on which he served which was added to the display.

Other Korean War veterans who would like to sign the book or donate items to the display can contact Dr. Michael Kirkland, Executive Director and Professor of History at ABAC Bainbridge, at mkirkland@abac.edu  or call him at 229.243.6075.