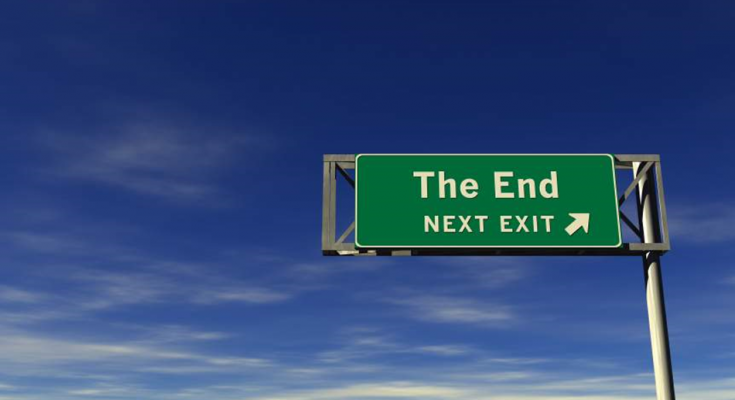 The Bible says, “But of the tree of the knowledge of good and evil, thou shalt not eat of it: for in the day that thou eatest thereof thou shalt surely die” (Gen.2: 17).

Death is unnatural, but God naturally, had plans to deal with death that He knew would come through Adam’s Fall (Rev.13: 8). His plan was for Jesus to take full responsibility for our sins and be held accountable for them at Calvary.

Death was introduced into the human family through sin (Rom.5:14-19). There is a spiritual death and a physical death because of sin. Adam died spiritually the moment he sinned. Adam died physically hundreds of years later because of the curse of or the wages of sin (Rom.6: 23). The wages of sin are the same for everyone whether they’ve sinned a little or a lot. Spiritual death is separation from God while one lives here on earth. When the spiritually dead die physically, without Jesus Christ and being born-again, they’re eternally separated from God in Hell. This separation from God in Hell, is called the “Second death” (Rev. 2:11, 20: 6, 14).

Death is one event that happens to all (Ecc.2: 14). Death is not annihilation. Death is another condition of existence. Our bodies die and with that death our world-consciousness. Our spiritual man or immortal soul then enters a new world and a new consciousness that we will experience throughout eternity in either Heaven or Hell (Lk.16: 19-31).

We only have this life to prepare for death and the eternity that follows.

The only way a person can be prepared for death is by conquering it. The only way a person can conquer death is by trusting Jesus Christ as their Lord and Savior and sharing in the victory He won over death at Calvary and His resurrection. “So when this corruptible shall have put on incorruption, and this mortal shall have put on immortality, then shall be brought to pass the saying that is written, Death is swallowed up in victory. O death, where is thy sting? O grave, where is thy victory? The sting of death is sin; and the strength of sin is the law. But thanks be to God, which giveth us the victory through our Lord Jesus Christ” (1 Cor. 15: 54-57). (Cf. Rev.1: 18).

Those who share in Jesus’ victory over death now will be with Him eternally where there is “no more death” (Rev. 21: 4).


Hush, You Mortals and Listen to Death

Hush you mortals and listen to death.
The one you’ll meet when you draw your last breath.
His story of endings we know so well,
But listen now as he gives the details.
“I came into the world because of sin,
Through Adam’s rebellion I entered in.
I came into existence at the time of his fall,
Now I’ve an appointment with one and all.
The first one I had was with righteous Abel;
That Cain slew his brother is not a fable.
I take the rich, as well as the poor,
I take them from every country and shore.
I take the king from his palace of gold,
The free man, the brave man, the weak and the bold.
I’ve taken the unborn out of the womb,
And the ancient of days they lay in a tomb.
I’ve taken the handsome youth in his strength,
The diseased and feeble who suffered at length.
I’ve taken one here, another one there
I can take anyone, no matter where.
I’ve taken them one or two at a time,
And by the thousands in a moment of time.
I take them in peace, I take them in war,
Though they dwell safety behind steel bars.
I take the moral and the immoral to,
I take the Gentile as well as the Jew.
There’s only been One that got away,
I had Him but He arose on the third day.
His name is Jesus and soon He will be,
The One that puts an end to me.
Through Him I was conquered but not relieved,
And He gives His victr’y to those who believe.
They sing, ‘grave where’s your vict’ry, death your sting?’
As with everlasting life to Heaven they wing.”