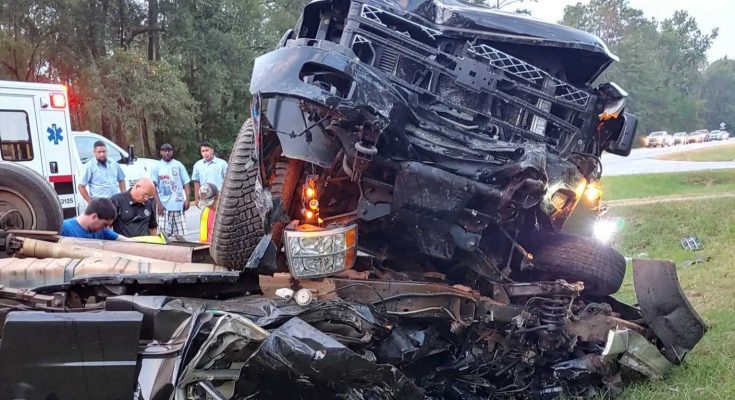 Tuesday morning at 7:32am, Bainbridge Public Safety was dispatched by E911 to an accident involving two pick-up trucks on Faceville Highway just south of Crawford Road. Officers Matt Kornegay and Richard Collins arrived to find several people working to free the driver of a truck that was flipped on its roof with another truck resting on top of it. Officers stated that the larger truck, with two male occupants, was headed north and crossed over the center line. It then collided with the second truck which was headed south. The female driver was trapped and had to be cut out of her truck. She was taken to Memorial Hospital and then transported via Air Flight to Tallahassee. The occupants of the larger truck were also taken to Memorial Hospital for treatment. The accident was turned over to Decatur Fire & Rescue, Decatur County Sheriff’s Office, and Georgia State Patrol. Officers Kornegay and Collins want to send a special message of thanks to the passersby on Faceville Highway who stopped to assist with the accident, and especially the employees of Coopers Plumbing & Air who helped remove the injured female driver from her truck and stayed with her until EMS arrived on scene. 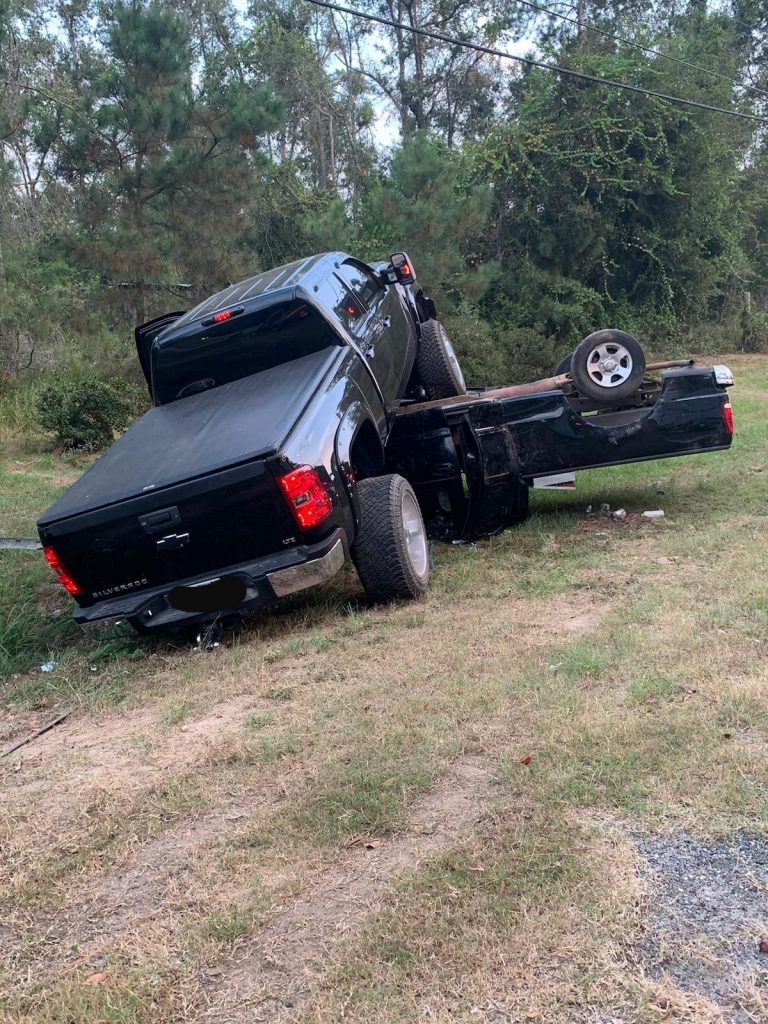 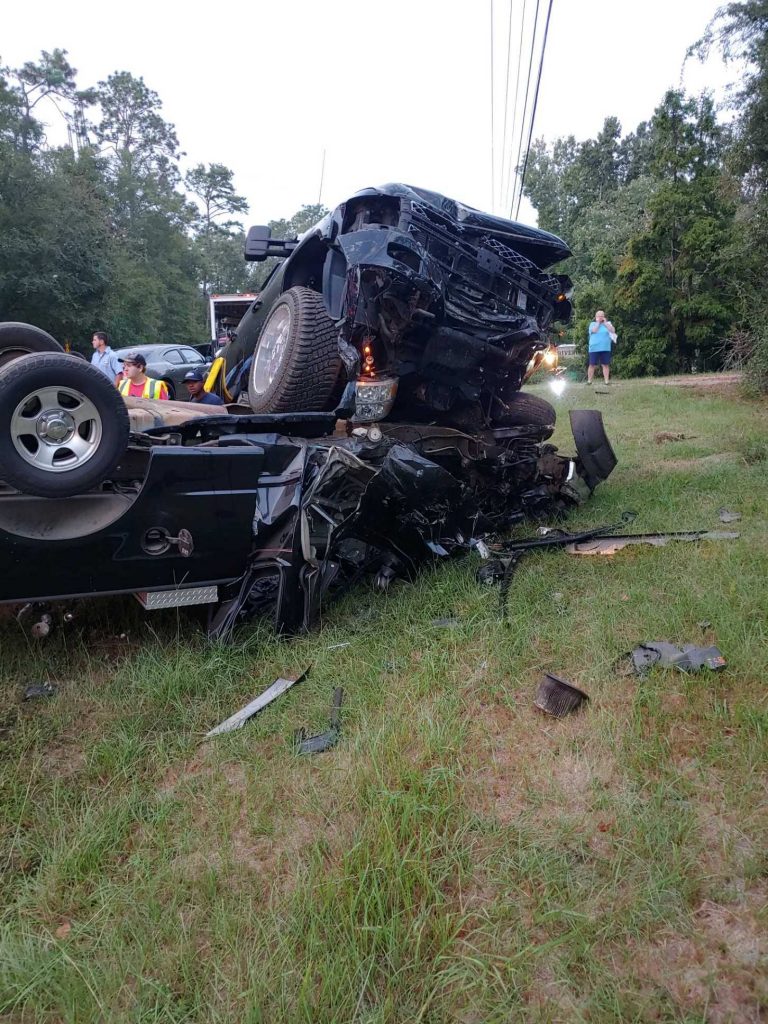 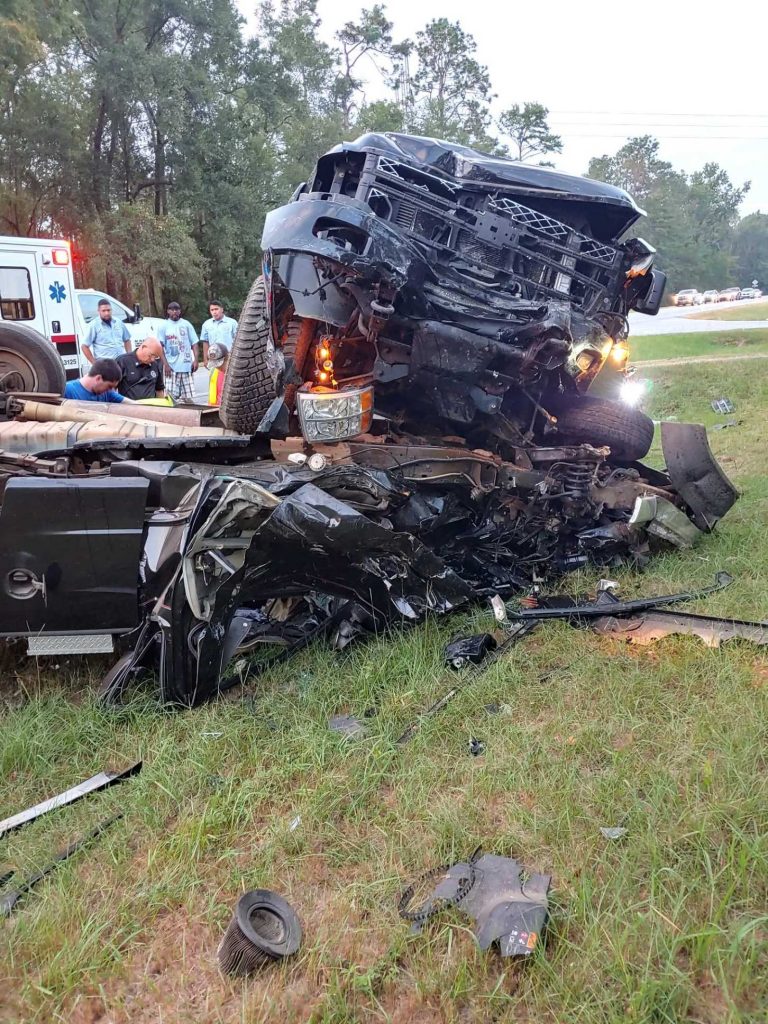 At 7:47am, exactly 15 minutes after the call was dispatched to the accident on Faceville Highway, Bainbridge Public Safety Officers responded to a rollover accident on Highway 84 near Long Road. According to Sergeant Toby Miller, an Eastbound vehicle was forced off of the left side of the road by another vehicle. As the driver attempted to regain control, the vehicle crossed back over the road and down the embankment on the right side, causing the vehicle to flip. Fortunately, a three year old child was buckled in a car seat and survived the rollover accident. All three occupants, including the child, were transported to Memorial Hospital for treatment. 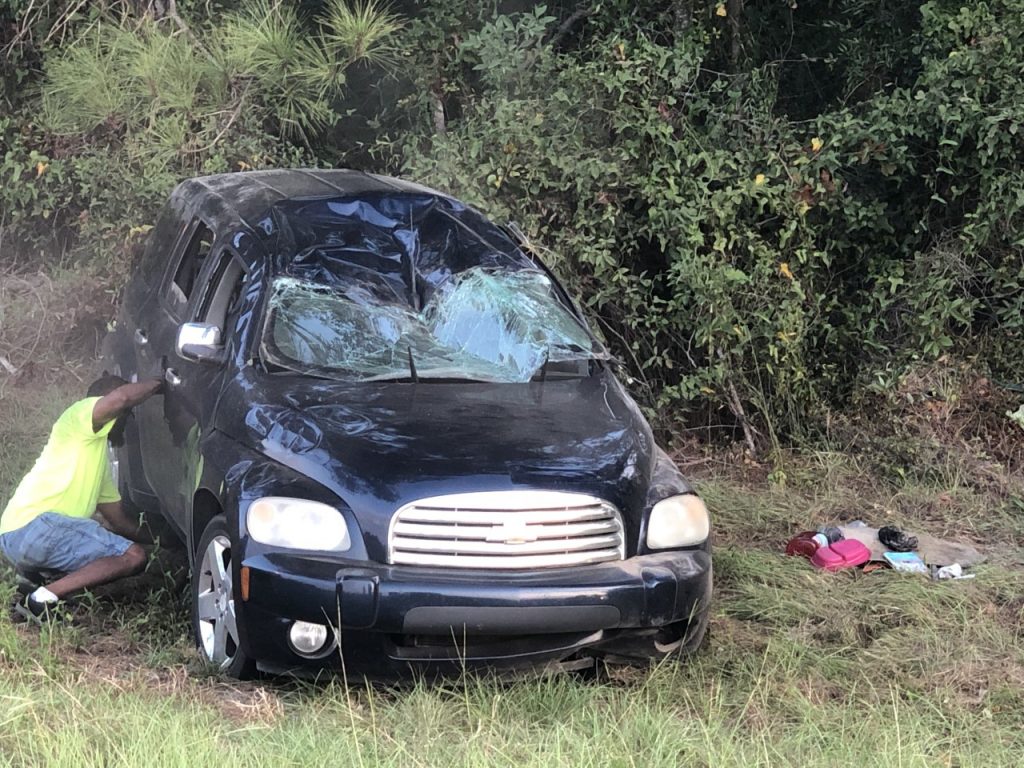 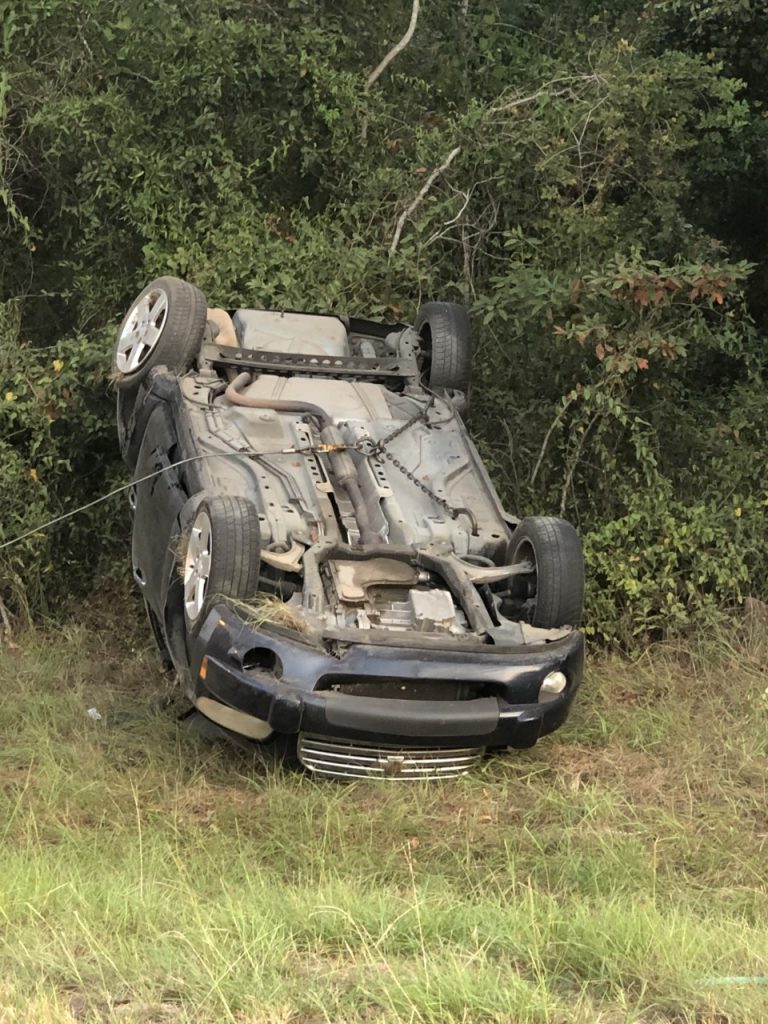