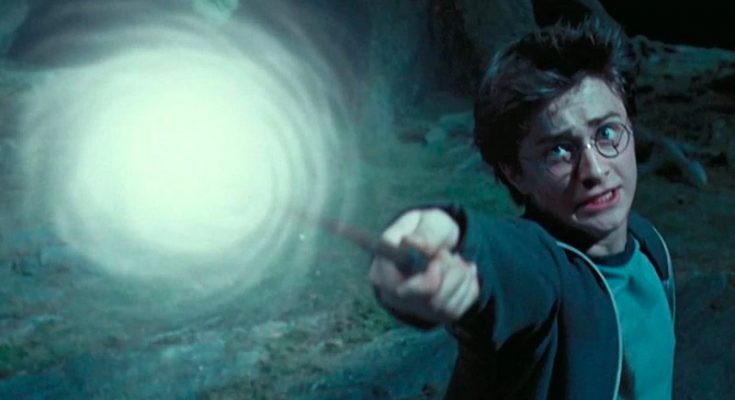 There’s magick in the air! The word magick is used to differentiate between the occult and the magic tricks performed by entertainers like David Copperfield who was not involved in the occult.

The word magick was popularized by Aliester Crowley (1875-1974).  He and Gerald Gardner (1888-1964) are responsible for the popularization of modern Wicca, (or Wicce, or The Craft) which is a revival of the ancient worship of pagan deities and goddesses.  Wicca is a real religion that is polytheistic and has real witches that practice real witchcraft.

Through Harry Potter witchcraft has been popularized and the number of people involved in witchcraft has grown tremendously in America alone.  We have gone from a mild interest to an obsession toward things magickal.

Harry Potter was Satan’s tool; one of his best demonic tricks.  Satan used a soft form of witchcraft, to glamorize it and make it entertaining.  Through Harry Potter he made witchcraft seem like fun and harmless to pique the curiosity of otherwise disinterested multitudes.  Satan always introduces sin in this manner.

Those deeply involved in utilizing spells and incantation and other rituals and techniques to create supernatural affects became involved through a seemingly innocent guest for answers from an Ouija board, or tarot cards, or tea leaves, or having their palm read, because they thought it was cute.

Mediumship and spiritism and the necromantic element are on the rise.   Those who use them as means for probing into the unknown commit crimes against their own souls.  Satan’s behind it and there’s more harm in it than we can imagine. Involvement in it will never, never lead to anything good.  Probing into this dimension opens the door for Satan and his evil power.  We should go to God for answers as the patriarchs in the Old Testament did (cf. Gen. 40: 7-8; Is. 8: 19; Dan.2: 27-28.) and as the early Church did (New Testament).  The unseen or secret things belong to God (Deut. 29: 29).

Manasseh was an evil king that led Israel into deep sin with his idolatry and witchcraft, which provoked God to anger and judgment (II Chron. 33: 6).

Witchcraft is still an “abomination” to God (Deut. 18: 9-13).  If the forces of evil were not real and did not really manifest themselves through witchcraft and if it is all very cute and harmless God would not have warned us against getting involved with them (Lev. 19:26; Deut. 18: 10-12).  (cf. Acts 16: 16-18; Gal. 5: 19-21).  Let us beware of tapping into this source of evil, for there will be dire and disastrous consequences, as many that have been delivered from it will testify.

Autumn’s the grandest time of year,
With countryside painted in colors galore.
Red, golden, and silver leaves falling;
Piling up high on the cold forest floor.
Spring brought life from the dead of winter;
Summer brought fruit and harvest of grain.
Autumn brought majesty, by woods adorn;
‘Til winter’s cold winds remove it again.
The forerunner of “Ole Man Winter”;
It gives the warning he’s on his way.
Giving the sign and miracle of frost.
Telling us snow is soon on the way.
It is the time the creatures move
That they may survive the winters rage;
To deeper burrows and warmer climes,
As the geese sing their chorus across the stage.
It is a thoughtful time of year.
The harvest is in, and hearts are free,
To stand in awe at its brilliant splendor,
And thank the Creator who let it be.
To compliment the fields bright dress,
The sun comes forth in scarlet array.
Its royal blue with red makes crimson,
With lace sewn on by end of day.
The sun travels low, and from an angle.
Beams its rays through azure skies,
Through the shedding, moaning maples,
That send their leaves out far and nigh.
Autumn clothes the fields like nobles.
And crowns the hill; with gems it‘s adorned.
Golden pumpkins, and shocked russet corn,
Precious treasures waiting to be stored.
In autumn the chilly northerner blows
That’ll bring the change we longed for so.
Summer is past, the year is ebbing,
Now we can rest and watch the show.
Autumn’s the time to take a long walk,
In evening; with others, or all alone.
Down a meandering woodsy path,
Through the grand finale, before its gone.
Out of chimneys, wood smoke boils;
Then through the elms like mist it comes;
And gently settles like a light-blue blanket,
In the twilight, as families gather home.