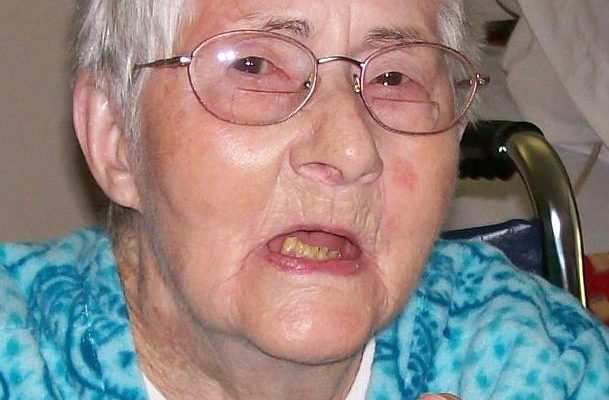 Mrs. Ruth (Ruthie) Lee Horne Warren, age 100, passed away in the embrace of her family on Sunday, October 20, 2019.  A graveside service will be held on Wednesday, October 23, 1:00 pm, at Woodlawn Cemetery, Whigham, Georgia.  Mr. Frank Pritchett will officiate.  The family will receive friends, Wednesday before the service, 10:00 – 11:00 am, at Whigham First Baptist Church.

Ruth Lee Horne was born August 3,1919 in Dublin, Georgia.  She was a child of Lawrence Elijah Horne and Julia Elizabeth Kemp Horne.  Ruthie married the love of her life, Benjamin Turner Warren, Sr.  She was a dedicated housewife and mother.  Ruthie’s house was full of fun and laughter.  She worked diligently to care for her family.   She loved to work in the garden and with her flowers.  Ruthie canned or froze every vegetable they ate.  Mrs. Warren was a member of Glyndale Baptist Church in Brunswick, Georgia.  She was baptized and added her name to the membership on February 23, 1955.   Ruthie loved her children and grandchildren.  She enjoyed sharing her skills with them, like how to make dumplings or canning vegetables.  Ruthie was a resident of Pinewood Nursing Home for over 9 years.  She leaves many special friends, both staff and residents.  Ruthie Warren lived a long-life full of love and family.  She will be deeply missed.