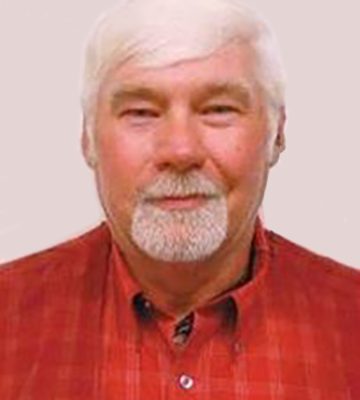 The family will receive friends from 1:30 to 3:00 p.m. on Sunday, October 13, 2019 at Ivey Funeral Home. Online visitors may sign the guest register at www.iveyfuneral.com. In lieu of flowers, memorial contributions may be made to Gabrielle House of Care, 4599 Worall Way, Jacksonville, FL 32224.

Charles Edward Fitzgerald, Jr. was born October 3, 1956 in Jacksonville, FL, the son of Charles Edward Fitzgerald and Eliza Mae Brinson Fitzgerald. He proudly served his country in the United States Army during the Vietnam War. Fitz worked hard and all the time; he made connections over the years working at Shingler Motors, Decatur County Schools Transportation Department and R & E Pecans. He married Barbara Joyce Alday and they made their home in Bainbridge. Fitz was a member of Attapulgus Church of God.

Fitz has been described as a man “with a big knowledge of a lot of stuff” and the most well-rounded mechanic. He could fix anything: cars, trucks, tractors, pecan oil machines, buses and anything else that may need a tune up. In fact, his friends were often caught saying, “Let Fitz listen to it. He will tell us what’s wrong and how to fix it” with full confidence he could fix it by ear. Never did a friend in need go without. He would work a full day then into the night in his own shop helping get a friend’s ride back on the road. Fitz was 100% your friend for life or only an acquaintance, no in between. His love for anything moving made every road trip interesting. Sometimes he was on a relaxing trip. Other times, he was on a mission to pick up a new toy. His love for fast cars and loud women paled only in comparison to his love for his children and grandchildren. A quiet man that said what he meant and meant what he said with hands large enough to back it up…the best daddy and granddaddy ever.

Survivors include his children, Dana Davis-Connell and her husband, Roy, and Charlie Fitzgerald and his wife, Tracy, and Jason Alday and his wife, Sasha all of Bainbridge; his grandchildren, Madison Fitzgerald, Allie Grace Fitzgerald, Sam Fitzgerald, Hunter Davis, Katelyn Davis, Fisher Connell, Aaron Connell, Sarah Connell, Hannah Connell and Saylor Alday; and several nieces and nephews. In addition to his parents, Charles was preceded in death by his wife of 46 years, Barbara Joyce Alday Fitzgerald.