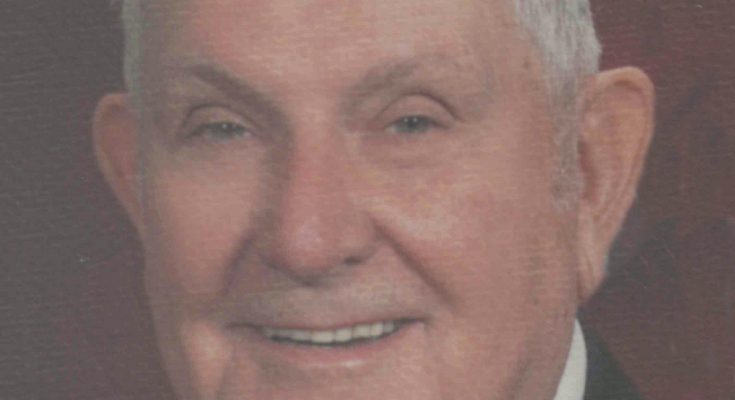 Harmon Hugh Curry, Sr., aged 86, of Climax, Georgia passed away on Sunday, September 8th, 2019 in Tallahassee, Florida, of natural causes. Known as Hugh, the last of his generation was born on August 25th, 1933 in Tallahassee to Joel Peacock Curry and Laura Virginia Fairbanks Curry. He graduated from Whigham High School in 1953 and was drafted into the Army during the Korean Conflict. While in basic training, the war ended and he was stationed in a field artillery regiment as a forward observer in Ulm, Germany. When he separated from the Army, he returned home and began working as a telephone installer and lineman with what became known as CENTEL in Tallahassee. On August 8th, 1958, Hugh married Virginia Strickland, of Bainbridge, Georgia, and they lived many years in Tallahassee before permanently moving to Climax in 1999. He was a reserve officer with the Tallahassee Police Department for seven years and remained in the Army Reserves for nearly a decade after his active duty time ended in 1955. Hugh worked for CENTEL for nearly 25 years after which he owned and operated several other businesses including CURELCO with his brother Curtis Curry. Hugh had many hobbies including fishing, painting, and ceramics. He enjoyed spending time with friends and family and his children remember several unforgettable summer vacations spent with their parents on long trips or with the rest of the family at the beach. Hugh had a special place in his heart for his grandchildren, great-grandchildren, nieces and nephews.

Hugh is survived by his son, Hugh Curry, Jr. (Barbara) of Fairfax, VA and his daughter, Chris Curry of Climax. He had four grandchildren, Jamie St. John (Noah) of Durham, NC, and Sarah Leanne, Matthew Aaron, and Jacob Eric Curry all of Fairfax, VA. He also has three great-grandchildren, Claire Curry, Isa Grace and Deacon Thomas St. John of Durham, NC. Hugh also has many nieces and nephews whom he dearly loved. He was preceded in death by his wife of 60 years, Virginia S. Curry, his parents and siblings, Alma Scott, Ben Curry, Sr., Doris Hobbs, Curtis Curry, Sr., Rachel Tate and Sarah Shelley.

Services for Mr. Curry will be held at 11:00, Wednesday, September 11, at the Cadwell Chapel of Cox Funeral Home. Dr. Gerald Little will officiate. Interment will follow in Cedar Grove Cemetery, Climax, Georgia. The family will receive friends Tuesday, 6:00 – 8:00 pm, at Cox Funeral Home.

On-line condolences may be sent at www.Coxfuneral.net. Cox Funeral Home in Charge of arrangements.