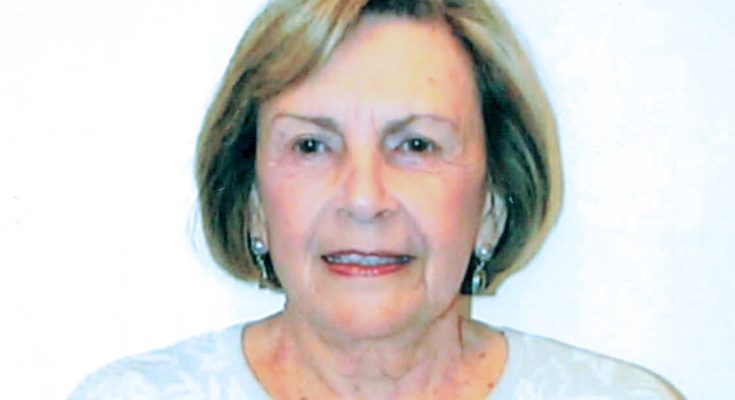 Doris Jean Phillips Grimsley passed away on Friday, August 30, 2019 surrounded by her family. Doris was born on August 20, 1927 at the home of her parents, Ruby and Bob Phillips, in Bainbridge, GA. Growing up, Doris was an active member of First Baptist Church. She attended Bainbridge High School where she participated in Tri-Hi-Y, the Glee Club and competed in piano and typing. After graduating from high school in 1944, she became secretary of the USO Club in Bainbridge and served as an active member and pianist of the Order of the Eastern Star.

After World War II, Doris married J.B. Pair in 1946 and were the proud parents to four children.  They moved to Fort Walton Beach, FL where she was a member of First Baptist Church and served many years as a Sunday School teacher and pianist. She served as secretary of the USO Club at Eglin Airforce Base and as president of the Okaloosa Secretaries Association. Doris also worked as a secretary at Elliott Point Elementary School and in the Teacher’s Education Center in the Superintendent’s Office.

After losing her first husband in 1986, Doris found love again and was married to Tom Youmans from 1991 until his passing in 1999. Years later, Doris went on a blind date with an elementary school friend, John U. Grimsley Jr., of Bainbridge, GA. After months of courtship they married in 2002 and enjoyed an active life attending UGA football games and spending time at Lake Seminole and in Panama City Beach. Doris and John were members of First Presbyterian Church. John passed away in 2015.​

In addition to spending time with her family, Doris loved to read, work on crossword puzzles and play cards.

The family will receive friends from 6:00 to 7:30 p.m. on Friday, September 6, 2019 at Ivey Funeral Home. Online visitors may sign the guest register at www.iveyfuneral.com.