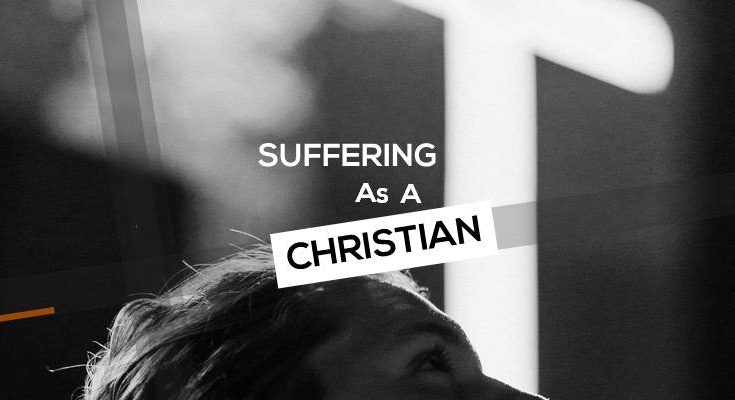 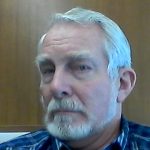 James H. Cagle
704 Jones St. Ray City, Ga. 31645
(229) 269-2993
The Bible says, “If ye be reproached for the name of Christ, happy are ye; for the spirit of glory and of God resteth on you: on their part he is evil spoken of, but on your part he is glorified. But let none of you suffer as a murderer, or as a thief, or as an evildoer, or as a busybody in other men’s matters. Yet if any man suffer as a Christian, let him not be ashamed; but let him glorify God on this behalf. For the time is come that judgment must begin at the house of God” (1 Peter 4: 14-17a). “The bloodthirsty hate the upright” (Pro.29: 10).
To suffer as a Christian is to “be reproached for the name of Christ.” It’s to suffer in a way that’s unique to Christians and for different reasons than the suffering that another religion, ethnic group, or race might experience.

Christians are not to break any laws and then have to suffer for their crimes against society. For that would be shameful and bring reproach upon the name of Christ.

But if a Christian is reproached (spoken evil of as if they were an evildoer, (1 Pet.3: 16)), for “righteousness sake” (1 Pet. 3:14), then the Christian glorifies God, and should consider themselves happy or greatly blessed. When a Christian suffers for Christ it is because they are so committed to living for Him that the Holy Spirit not only indwells them but according to our text, rests on them, like the glory cloud rested on the tabernacle in the Old Testament.

When the lost world speaks evil of the Christian’s holy walk and righteous living, they’re actually speaking evil of the Holy Spirit, – “ . . . on their part he (Holy Spirit) is evil spoken of, but on your part he is glorified.”
Everyone that names the name of Christ does not live in such a way as to glorify Christ and therefore do not suffer for Him. Paul said, “Yea, and all that will live godly in Christ Jesus shall suffer persecution” (2 Tim.3: 12). A worldly Christian will not suffer persecution.
A Christian suffers persecution when after they’re committed to obeying and following Jesus, their former acquaintances, that are still lost, noticed the change and began persecuting them (1 Pet. 4: 1-4).
This suffering may mean, “the loss of business, reputation, and home, desertion by parents, children, spouse, and friends; misrepresentation, hatred and even death.”
When a Christian suffers as a Christian, they are suffering according to the will of God (1 Pet.4: 19). Many times we suffer as a consequence of bad choices. But suffering as a Christian is the consequence of a holy and noble choice to honor God with their lives, for which the Christian will be rewarded (1 Pet. 4: 13).
The suffering of the Christian is only for a “while” (1 Pet. 5:10) a short time compared to eternity, and is light compared to the coming glory (2 Cor. 4: 17).
The suffering of the Christian is designed to make them “perfect (mature), stablish, strengthen, (and) settle” them (1 Pet. 5: 10; Jms.1: 2-4, 12; Rom. 5:3-5).
When a Christian suffers for their faith, they should be happy and rejoice, because they are bringing glory and attention to Christ in such a way that the enemy has taken notice and begins to attack them.
Suffering as a Christian
Are you suffering as a Christian,
And bear the reproach of the Lord,
Suffering for righteousness sake,
As you live by His Holy Word?
Have others spoken evil of you,
As they would of a criminal,
Though the only thing you’re accused of,
Is living for what is eternal?
It’s the Spirit they speak evil of,
By which you have been sanctified,
The Spirit of Jesus Christ,
Which on your part is glorified.
All that live godly in Christ Jesus,
The world will severely persecute,
For the bloodthirsty hate the upright;
Will put them in prison and try to mute.
Are you now living for Christ Jesus,
Who you as well had once rejected,
And old friends now speak ill of you,
As you follow Christ the Living Bread?
Your suffering is for a little while,
And light compared to your reward.
It will strengthen, settle, stablish you,
Along the way that seems so hard.
If you’re not suffering as a Christian,
Although you profess His holy name,
It’s because you’re weak and worldly,
And bear no resemblance to His name.
But if you suffer as a Christian,
You should rejoice and be happy,
For the glory of God resteth on you,
And His resemblance in you men see.
So if you suffer for the Savior,
Rejoice, and don’t ever be ashamed,
For when at last you behold His face,
You will stand before Him unashamed. 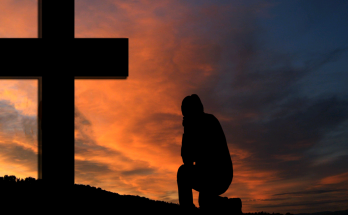 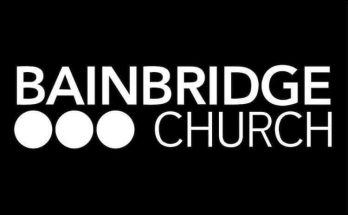 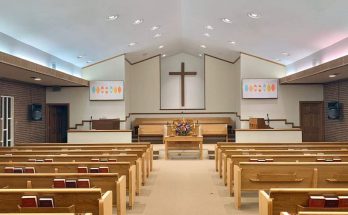