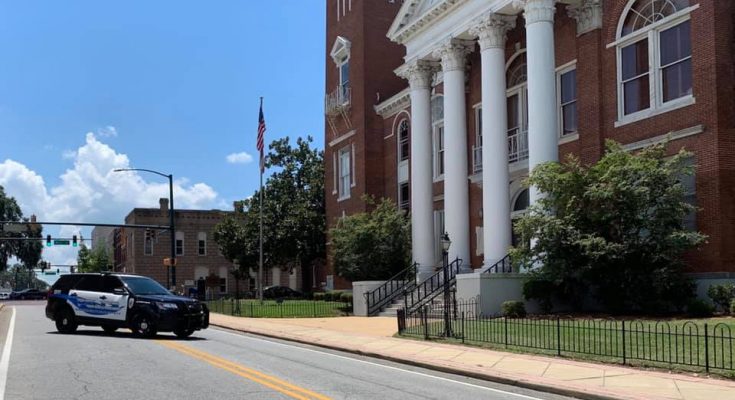 On August 1, around 1pm, a US Postal Service employee discovered a package in a mail receptacle located on the Northwest corner of West and Water Streets next to the Decatur County Courthouse.   The suspicious package was reported by the USPS to the Georgia Bureau of Investigation. The GBI notified Bainbridge Public Safety Deputy Director Frank Green.   Bainbridge Public Safety officers immediately responded to the Downtown Bainbridge area and began the process of blocking roads and evacuating citizens.

The GBI Bomb Disposal Unit responded to the scene and utilized a robot to retrieve the suspicious package from within the mail receptacle.   The package was then detonated within the controlled environment.   Following the mild explosion, remnants of the package lay scattered across the street.   BPS Investigators moved in and began marking and analyzing the remnants.   We are pleased to report that Investigators have determined that the package was not an explosive device.

Around 2:30pm, the roadways were reopened to pedestrians and vehicular traffic.   Anyone who may have seen a person lingering around the mail receptacle located at West and Water Streets over the last 48 hours is asked to call Bainbridge Public Safety investigators Nix, Jordan, or Funderburke at 248-2038 or submit an anonymous tip at: http://www.bainbridgecity.com/city_hall/departments/police_department/submit_a_crime_tip

Bainbridge Public Safety asks citizens to be aware of persons who may loiter and act in a suspicious manner around depositories, such as a mail receptacle or bank deposit box, and always notify E911. 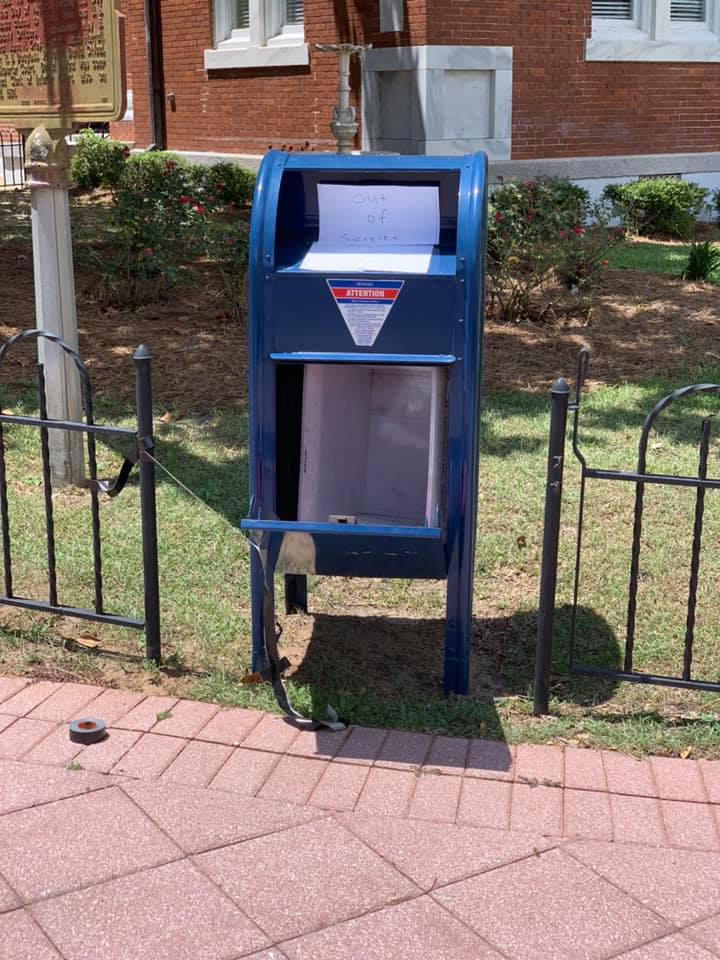 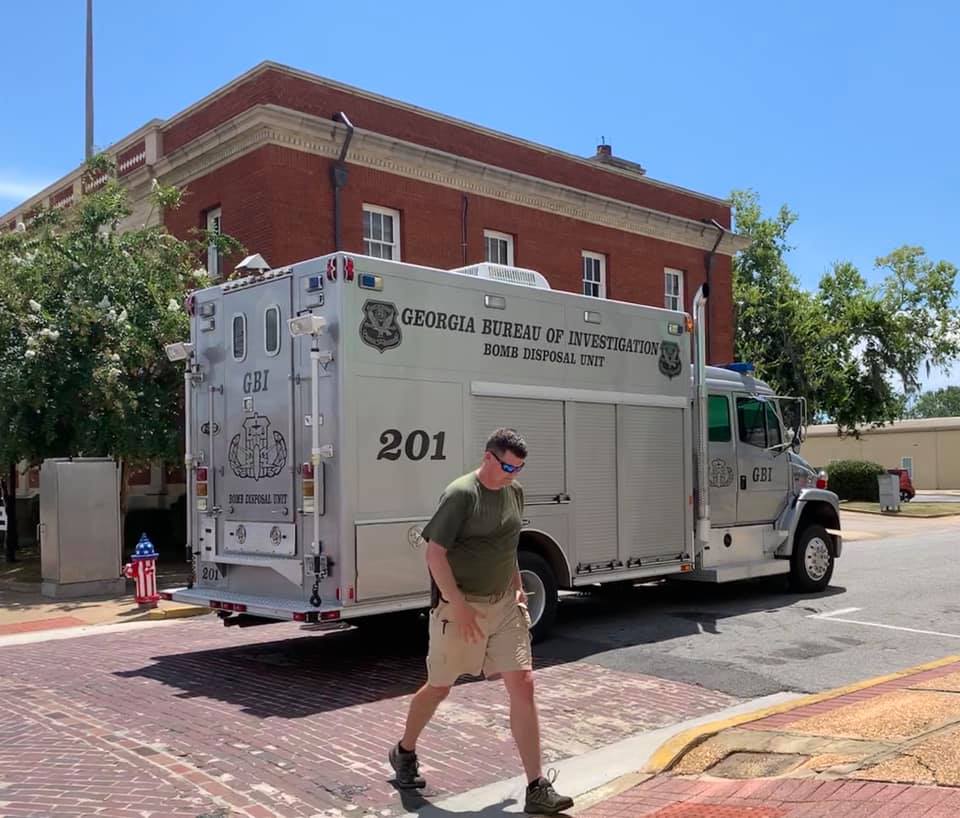 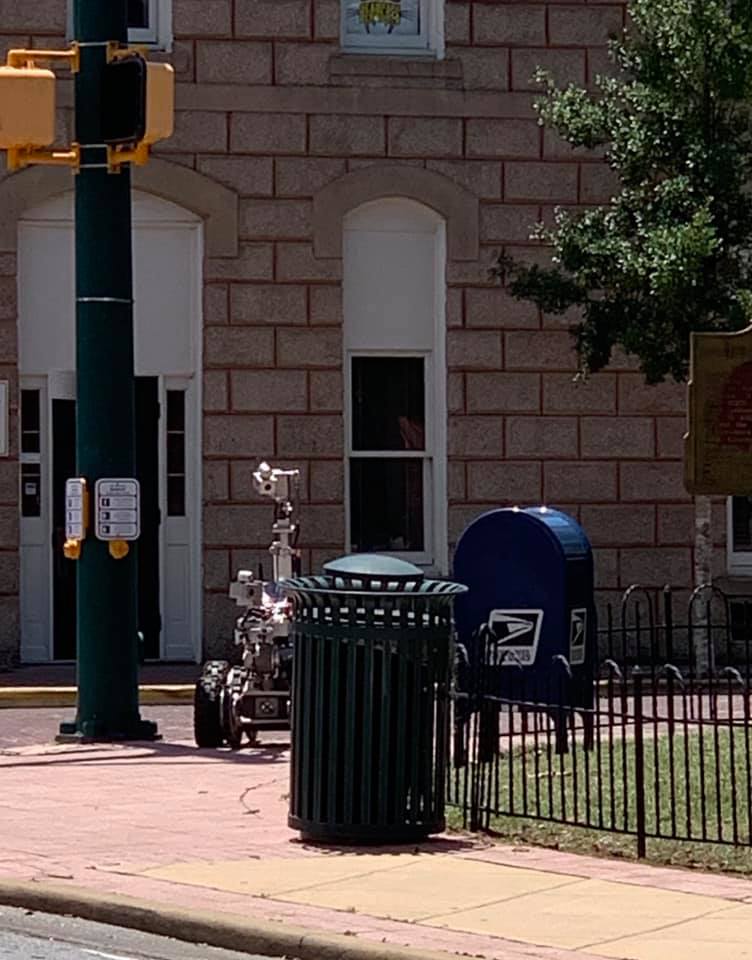 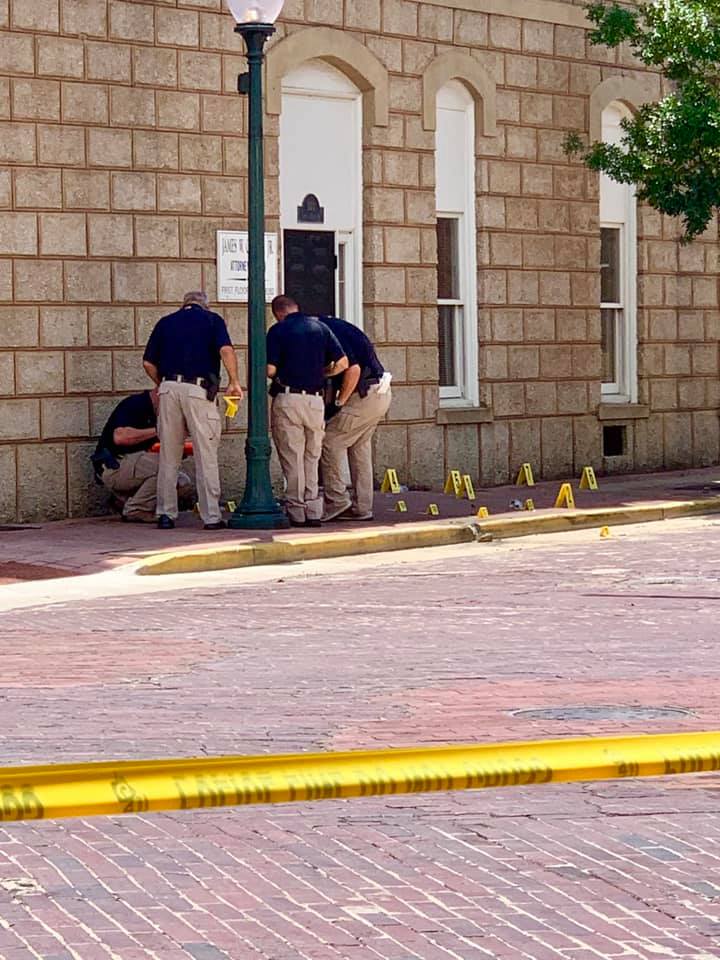 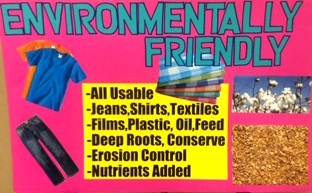 Action GM Celebrates 20 Years With Employee Pricing For Everyone! 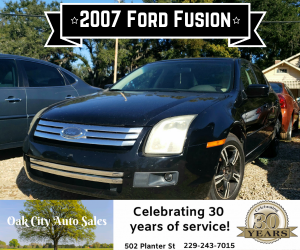