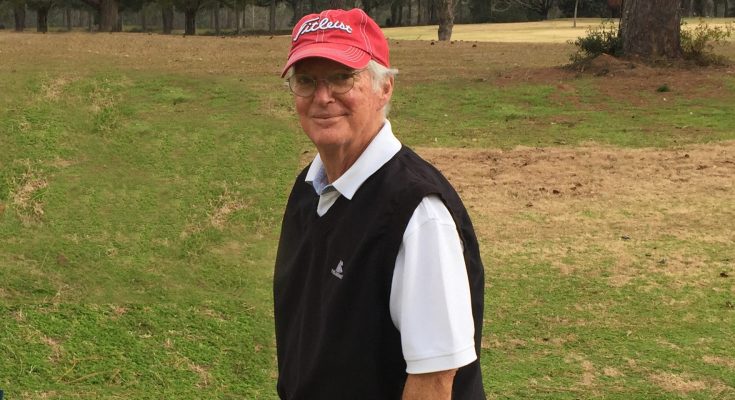 The funeral service will be held at 11:00 a.m. on Saturday, August 3, 2019 at First Presbyterian Church with Rev. Stephen Webb, Rev. Jimmy Adamson and Dr. Jerry Little officiating. Interment will be at Oak City Cemetery.

The family will receive friends immediately following the service. Online visitors may sign the guest register at www.iveyfuneral.com. In lieu of flowers, memorial donations may be made to Friends Ministries, P. O. Box 513, Bainbridge, GA 39818.

John Uhel Grimsley, III was born January 19, 1946 in Bainbridge, GA, the son of John U. Grimsley, Jr. and India Elizabeth Walker Grimsley. He was a graduate of Bainbridge High School, Class of 1964 and University of Georgia, Class of 1969. Johnny proudly served his country in the Army National Guard and later served his community through his work at Grimsley Pharmacy. He was a faithful, lifelong member of First Presbyterian Church where he sang in the choir for over 60 years.

Johnny never met a stranger and even though he may not remember a name, he knew the face and always had a kind word. Many have heard tales of the Round Table Coffee Club which began at Eastside Grocery later moving to Grimsley Pharmacy. No one can deny the camaraderie and certainly lively discussions that were considered the catalyst to solving any sort of world problems. Johnny was VERY Republican and kept a bead on happenings through Fox News. He dreamed of being a professional singer and loved practicing his own versions of John Denver and Johnny Mathis. Johnny loved golf, the Golf Channel, old westerns, war movies, MASH, honey buns, blizzards from Dairy Queen, Blue Bell ice cream, Coca~Cola and, of course, his Georgia Bulldogs. Adventures with his children and grandchildren filled his heart with joy. Johnny spent 52+ years making wonderful memories with his “across the street high school sweetheart”, Nancy.

3 Comments on “John U. Grimsley, III”