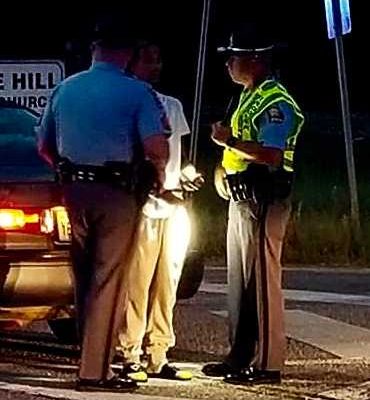 Bainbridge Public Safety hosted the Southwest Traffic Enforcement (SWTEN) Event on the night of Friday, June 7th. Event Coordinator Captain Jack Bunting stated that approximately 100 Law Enforcement professionals from all over the Southwest Georgia region participated, including members of the Decatur County Sheriff’s Office, and Georgia State Patrol.
Officers gathered at the Cloud Livestock Facility for a meal which was followed by giveaways provided by local businesses. Before hitting the road, Bainbridge Public Safety Investigator Chip Nix led a brief instructional training. From 8pm until 11:30pm, Law Enforcement Officers teamed up to conduct road safety checks throughout the city and county.
Bunting stated, “Every year we hold this event which allows officers to work together to make our roads safer for our citizens. Thank you to the volunteers and to all of the area businesses who contributed to the success of the event.” 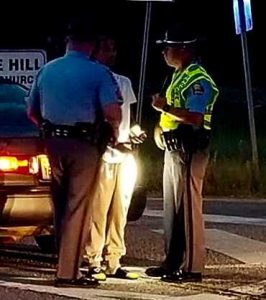 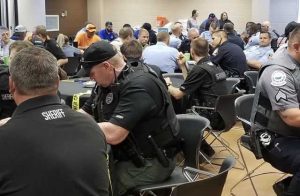 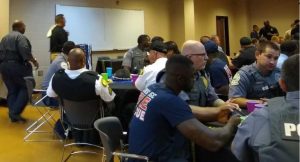