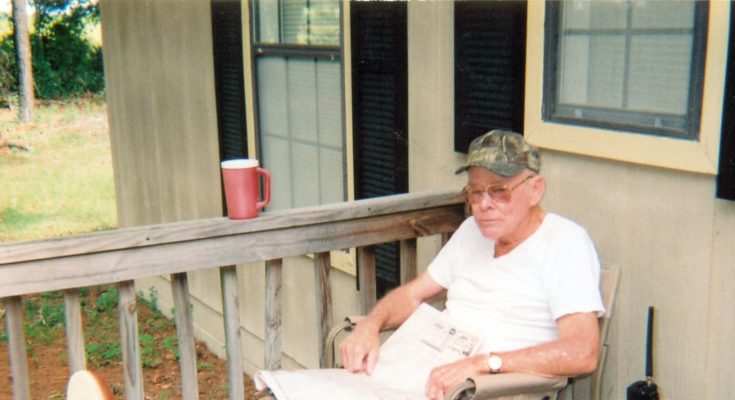 Wallace Humphrey Pope was born November 27, 1937 in Bainbridge, GA, the son of Preston Gordon Pope, Sr. and Grace Marion Humphrey Pope. He was a graduate of Bainbridge High School and proudly served his country in the United States Navy aboard the USS Saratoga. Wallace married Gayle Lane in 1959 and they made their home in Brinson. He was Baptist by faith.

Wallace retired from Schwerman Trucking Company and spent his days enjoying the outdoors. He loved to hunt, fish and ride a John Deere tractor. Wallace believed his word was his bond. He was honest in his opinions and never minded sharing his thoughts. Family and family gatherings brought him much joy. Wallace was one of the white hat guys, the last of a dying breed.

Survivors include his wife of 59 years, Gayle Lane Pope; his children, Daryl Pope and his wife, Jan, of Bainbridge, Russell Pope and his wife, Cathy, of Brinson, and Shane Pope and his wife, Tammie, also of Brinson; his siblings, Jan & Jerry Brockmeier of Brandon, FL and Verna & Rickey Bass of Garden City Beach, SC; his grandchildren, Justin & Annette, Josh & Brittny, Kendall & Addie, Chasity, Nathan & Leslie and Danny; and his great-grandchildren, Lanie, Caleb, Kai and Ansley. In addition to his parents, Wallace was preceded in death by his brother, Gordon Pope, Jr.