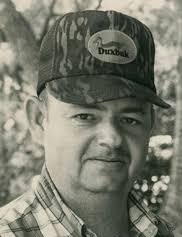 “I have never asked the media to write what I had to say. Instead, I have always let them take the freedom to cover stories however they deem fit. In this case I ask that the following be reported verbatim:

On October 26th, 2017, the South Georgia Circuit suffered a tragedy that our small corner of Southwest Georgia is not accustomed to. Hubert Moore was shot and killed while preparing for his paper delivery in the early morning hours. Mr. Moore was not shot by an enemy, or a vindictive assailant, but rather was shot randomly by a man determined to rob Mr. Moore of his money. Mr. Moore had eight dollars on his person. The killer, Thaddus Nundra, was released from prison a year before the murder. Mr. Hubert spent the last moments of his life lying in an empty parking lot gasping for air. He left behind a wife of twenty-six years. They spent their time together raising cows, enjoying each other, and spoiling their little dog. This Valentine’s Day, Mr. Hubert’s widow wasn’t awakened by a kiss from her husband but rather an empty bed. She received no flowers, nor any signs of affection from her best friend Mr. Moore.

The only peace I can give Mrs. Moore is that this Valentine’s Day the Jury convicted Thaddus Nundra. The Court sentenced him to Life without Parole. Thaddus Nundra will spend whatever time he has left on this world rotting in a ten by ten cell in the State System. While he certainly doesn’t deserve even this, I hope that the Moore family and friends can have some closure knowing that his killer will never see the light of day again as a free man. Our community was sickened by this crime. This is something that happens in Metro areas, not God’s Country. I cannot thank the Jury, Bainbridge Public Safety, Decatur County Sheriff’s Office, the Georgia Bureau of Investigation, and all of the other parties that made this conviction become a reality. Our community will recover from this case and be stronger and more vigilant in the future. But we will never forget Mr. Hubert Moore. Rest in Peace and God Bless You Mr. Hubert.”

The Decatur County Trial Term began on Monday February 11, 2019. The Office of the District Attorney secured forty-five (45) felony pleas over the course of three (3) days.

District Attorney Joe Mulholland tried the Post Searchlight Murder Case starting on Monday February 11, 2019. Thaddus Nundra, Louis Ousley, and Ronnie McFadden were indicted for a litany of offenses, including the Murder of Hubert Moore. Following a four-day trial, ending in the late afternoon Thursday, the Jury convicted Thaddus Nundra of Malice Murder, Felony Murder, Conspiracy to Commit a Felony, Criminal Attempt to Commit a Felony, Aggravated Assault, and Possession of a Firearm During the Commission of a Crime. Ronnie McFadden was convicted of Conspiracy to Commit a Crime. Louis Ousley pled guilty to Conspiracy to Commit a Crime and Criminal Attempt to Commit a Felony. Ousley pled during the trial and testified against the co-defendants. Ousley was sentenced to twenty (20) years to serve in the State Penitentiary. McFadden was sentenced to two and a half years (2.5) in the State Penitentiary. Thaddus Nundra was sentenced to Life without the Possibility of Parole, followed by seven and a half (7.5) years consecutive to his Life Sentence. Nundra was represented by Erica Austin, McFadden by Chris Richardson, and Ousley by Pete Emmons.

District Attorney Joe Mulholland stated “To say that this Court Term was a success would be an understatement. It was a long week but we were able to secure a plethora of convictions, including on the major case we had pending in Decatur County.”