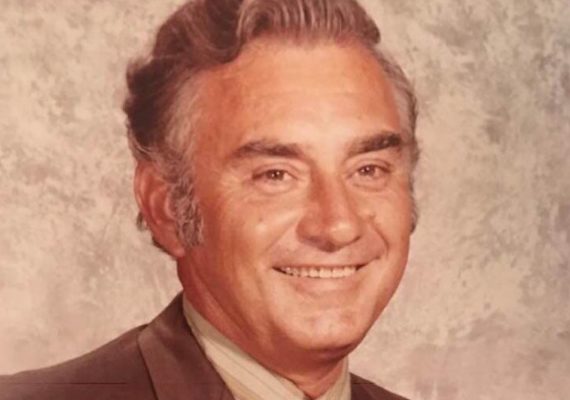 The family will receive friends immediately following the service. Online visitors may sign the guest register at www.iveyfuneral.com. Memorial donations may be made to Eldorendo Baptist Church, P. O. Box 7095, Bainbridge, GA 39818.

Earl DeVaughn Kendrick was born April 20, 1922 in Climax, GA, the son of James and Susie Kendrick. He was a graduate of Climax High School and worked with Colonial Pipeline. Earl married the love of his life, Hazel Franklin, and they made their home in Eldorendo. Twelve years ago they moved to Leslie, GA and spent the last two years living in Smithville, GA to be closer to family. Earl was a member of Eldorendo Baptist Church.

Grandchildren, as Earl would say, are the best thing since sliced bread. He loved his grands and treasured every memory they shared. Once he packed his entire family—wife, kids and grandchildren—in ONE care and traveled all over for three weeks on vacation even making a stop in Vegas. When he wasn’t traveling, Earl loved to spend time outdoors fishing or bird hunting. Every single day Earl kept a 7 o’clock appointment with his television where he played Jeopardy and Wheel of Fortune.

Survivors include his wife of 71 years, Hazel F. Kendrick; his daughters, Gwendolyn Humphries and Deborah Turner and her husband, Pat, all of Smithville, GA; his brother, J. B. Kendrick and his wife, Anita, of Climax, GA; his grandchildren, Mia Barrow, Deanna King, Kristy Kobs and Patrick Turner; his great-grandchildren, Chloe, Zack, Eli, Gabrielle, Christian, Gaven, Sydnee, Kason, Macie and Ava; and his great-great-grandchildren, Tucker, Wyllow and Penelope.

In addition to his parents, Earl was preceded in death by his siblings, Ted Kendrick, Evelyn Long, Rosalee Dorsey and Sarah Cannington.