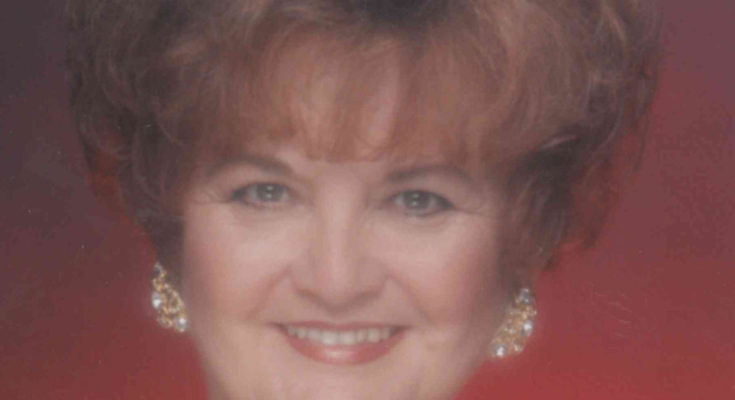 Mrs. Minnie Hazel Blanchard Mobley, age 82, passed away at her home in Thomasville, Georgia, Sunday, September 16, 2018. Services for Mrs. Mobley will be held at 2:00 p.m., Tuesday, September 18, 2018, at the Cadwell Chapel of Cox Funeral Home, Bainbridge, Georgia. The Rev. Steve Brooks will officiate. A private interment will be held in Woodlawn Cemetery, Whigham, Georgia. The family will receive friends one hour before the service, beginning at 1:00, on Tuesday.

Minnie Hazel Blanchard was born August 1, 1936, to Tom Wright Blanchard and Edna Hazel Smith Blanchard. She was born in Baker County, Georgia. In the 10th grade, Hazel married the love of her life, James Elrod Mobley. She and James had a wonderful and full life together. He passed away March 5, 2017. Hazel had a sharp mind and was an avid reader. She was always taking some sort of class; always in school. Hazel worked with Jack Winters, Inc. When she and James moved, she transferred to Jack Winters in Atlanta. Hazel later found her niche in sales. She worked for and retired from Owens-Illinois Glass Company. After retirement, she donated her time to the Keep Georgia/America Beautiful Project. Hazel was recognized in the Recycling Hall of Fame to thank her for her hard work. She dearly loved her animals.

Minnie Hazel Mobley is survived by her sister, Barbara Ann Mobley of Whigham, Georgia; brother, Richard Winston Blanchard of Gainesville, Georgia; and many wonderful nieces and nephews. She was preceded in death by her parents, husband, 2 brothers, and a sister.